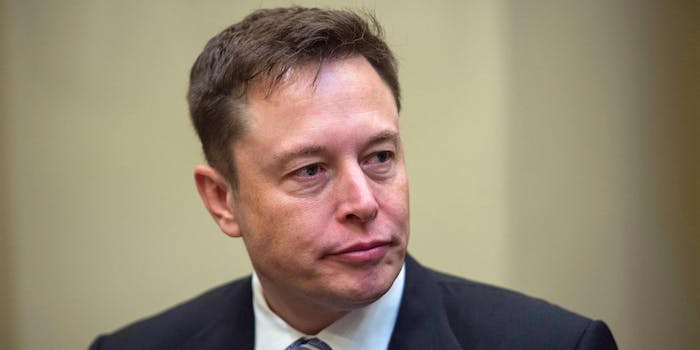 It prompted people to write their own poems in response.

The billionaire space race is the epitome of a story ripe for internet mocking. It involves several extremely rich men who all have loads of disposable income that most of the world will never come close to obtaining at hand. They’re choosing to use that money (along with other factors like millions in tax credits and subsidies) to travel into space essentially to say that they did. And they’re ripping each other apart in the press. But Elon Musk brought the comedy to another level by suggesting that the billionaire space race is, in fact, inspirational.

While Musk’s SpaceX is in the mix to commercialize space travel, he’s not part of the current race of billionaires gunning toward space. That’s between Amazon’s Jeff Bezos and Virgin Galactic’s Richard Branson, the latter who beat Bezos to the punch on Sunday after breaching the atmosphere for a few minutes.

What does that mean for most of us? Not much, apart from the jokes. But after a certain point, Musk fired back at everyone making fun of the billionaire space race.

“those who attack space maybe don’t realize that space represents hope for so many people,” he tweeted, structuring it like a poem.

For some, advancements in space exploration can be an inspiration. We’ve seen it with federal space programs like NASA every time the agency posted new photos taken by a land rover on Mars or a close-up view of a new part of the universe we were only able to imagine before.

Some people made fun of Musk for how he formatted his thoughts on how space represents hope by mocking the concept or copying it.

But, as many of the critics of the billionaire space race argue, that isn’t it. The idea that we should spend money helping a country’s citizens rather than sending people into space has existed for decades; for example, not everyone was on board with the Apollo 11 mission to the moon. But the criticism launched at Musk and the other billionaires vying to go to space are even starker. These billionaires, people argue, could be doing so much with their fortunes that they couldn’t begin to spend, but instead of helping people, they’re stroking their egos by launching a billionaire space race—and then get mad when they’re called out for it.

“Imagine having an ego so big that you’re convinced the people criticising you are misguidedly attacking the universe itself,” Grace Rashford wrote.