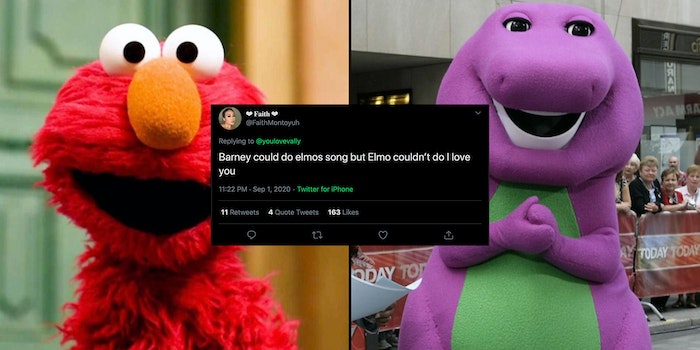 Track for track, take your pick.

Beloved childhood favs Elmo and Barney both began trending on Twitter Wednesday, with upward of 20,000 tweets each, after a post sparked a debate around which character’s musical discography was stronger.