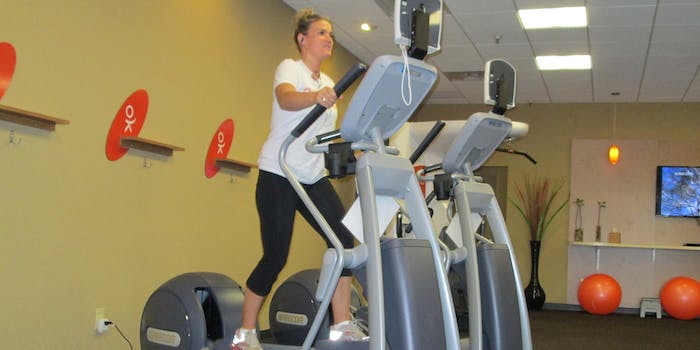 Stop everything and watch this dude’s elliptical dance routine

The Internet has found another person exercising his heart out.

There’s no better place to dance like no one’s looking than the gym—unless someone has a camera on hand.

One gym member captured a man channeling his inner OK Go while working out in May, and now it appears that the Internet has found another person exercising his heart out.

This time, the dancer is on an elliptical, and instead of the exercise machine hindering him, he embraces it as part of his routine as he dips and expresses himself with his hands, getting a full-body workout in the process.

Jeff M., who uploaded the video to YouTube, noted that the dancer did this on a weekly basis and had to share it.

We may never know what he’s listening to that gets him such a dancing mood, but this is what I imagine him dancing to. The only thing he needs is his own montage.