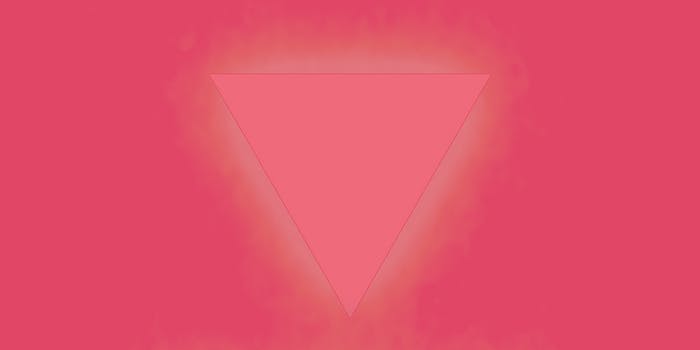 This isn't the first time the media tried to explain away violence as the product of "homosexual impulses."

Mass murderer Elliot Rodger’s final YouTube video revealed that he intended to “punish” women for choosing to have sex with other men. For those with more time and patience, Rodger goes into great detail in his 141-page manifesto about his views that “the ultimate evil behind human sexuality is the human female,” his opinion that they “should not have the right to choose who to mate and breed with”—suggesting that this decision be made by men of “rational men of intelligence”—and his view of a “fair and pure” world in which women are quarantined, and used only for breeding purposes by artificial insemination.

Authorities have discovered links between Rodger and certain websites associated with the Men’s Rights movement, such as PUAhate, a community frustrated by the ineffectiveness of pick-up artists. Feminist writers like PolicyMic’s Elizabeth Plank and the Daily Dot’s Miri Mogilevsky have pointed out that his writings seem to echo ideas of these same men’s rights advocates. In The Huffington Post, Anne Theriault argued that Rodger’s ideas are not an anomaly, but the violent acting out of misogynist views present in the culture at large, specifically by those in the MRA movement who feel entitled to sex.

The misogynistic tone of Rodger’s video and manifesto is clear, but what is less easy to grasp are the supposed homosexual undertones noted by one Fox News expert.

Appearing on the Fox News show Justice with Judge Jeanine, Dr. Robi Ludwig suggested that, instead of acting from a misogynistic entitlement to sex, Rodger was actually fighting “homosexual impulses,” ones that drove him to violence. By doing so, Dr. Ludwig violated the APA’s Goldwater Rule, which counsels psychiatrists not to offer public analysis of individuals whom they have not personally examined.

Moreover, though, Dr. Ludwig’s analysis of Rodger, based solely on one YouTube video, defies logic. One can only wonder how the desire to “punish” women for refusing him sexually is proof that Rodger was a closeted homosexual.

Dr. Ludwig’s quickness to profile the shooter as a tortured homosexual is only symptomatic of a larger cultural trend of pathologizing mass murderers. Typically commentators will rely on mental illness or deranged loner tropes in order to distance mainstream culture from acts of mass violence.

In the cases of Adam Lanza or James Holmes, unconfirmed diagnoses of bipolar disorder or schizophrenia have gifted commentators with a convenient place to lay blame. In other cases, such as Cho Seung-Hui, speculative journalists have concluded that the shooter was a loner tortured by social rejection to the point of violence. These tropes enable news stations such as Fox News to focus their blame on cultural outsiders, laying blame on factors outside the cultural mainstream’s control. But, of course, these tropes need only be employed when the old standby of religious extremism are not readily available, as in the case of Dzhokhar and Tamerlan Tsarnaev.

Even the tortured homosexual trope is not a new diagnosis in cases of mass murderer motive speculation. In 1999, Dylan Klebold and Eric Harris, the two teenagers who perpetrated the shooting at Columbine, were subject to the very same speculation that their violence was a manifestation of internalized homophobia, some going so far as to assert that they were part of a “gay conspiracy.”

Nor is it the case that scapegoating the queer community only applies to mass shooters. Aside from the normal level of oppression, cultural mistrust of queer men goes back at least several decades to the McCarthy Era, when queer people were seen as susceptible to communism because they could be easily blackmailed and had experienced greater trauma. Rodger is only the latest case in which the “tortured” nature of closeted homosexuals has been offered as a motive for violence.

Dr. Ludwig’s comments make clear the desperation of this defense. Despite her later insistence that her comments were misunderstood, it is telling that this Fox News expert was so quick to resort to the trope of the tortured gay man who violently lashes out against society—even when all evidence seemed to point to the contrary.

If that weren’t enough, her insinuation that perhaps Rodger “couldn’t feel like a real man” only further underlines her desire to separate him from the normative male with whom, according to his internet history, he appears to have had plenty in common. Dr. Ludwig’s compulsion to jump to this conclusion illustrates our need to isolate mass shooters from the cultural mainstream. Whether they are cast as the mentally ill, the depraved outcast or the tortured homosexual, the main idea is that they are different from the rest of us. The blame can be cast elsewhere.

What is difficult is looking inward. What is difficult is questioning whether one might be complicit in mass shootings by participating in a thousand other less tangible forms of violence and violent discourse. As his digital footprint suggests, Rodger was enacting shockingly mainstream philosophy on sexual entitlement and women’s rights, but it is easier to cast him as a cultural outsider. What is difficult is accepting responsibility as a society, even when all signs point to it.

Photo via Jordan Banasik/Flickr (CC BY 2.0)