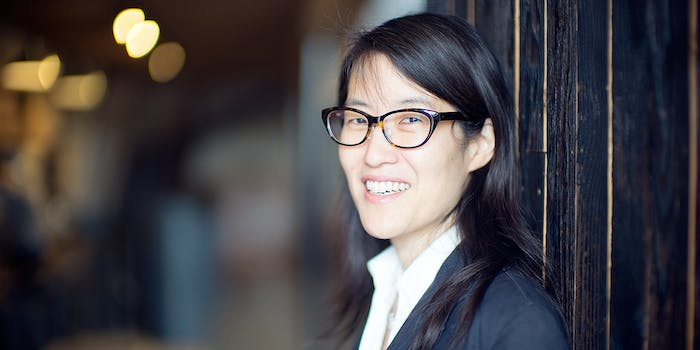 The Ellen Pao criticism is about more than her job performance.

Now that the great Reddit uprising is over, community members have made one thing clear: Ellen Pao needs to step her game up or step down as CEO.

After the site fired its beloved communications director, Victoria Taylor, who also coordinated the massively popular celebrity AMA sessions, several subreddit moderators took their communities offline in a show of solidarity. Without the “front page of the Internet” fully available to satisfy their daily dose of information and folly, countless users directed their anger and resentment at Pao, whose eight-month tenure as the Reddit’s interim chief has been storied to say the least.

Although Pao has apologized for what she called a “long history of mistakes,” that hasn’t stopped more than 205,000 people from signing a Change.org petition, one that calls for her ouster. In addition to the admitted issues of communication and “empty promises” to moderators and community members, the petition letter cites the gender discrimination case Pao lost against venture capital firm Kleiner Perkins in March—which Pao plans to appeal—as a reason for her to be sent packing.

“A vast majority of the Reddit community believes that Pao, ‘a manipulative individual who will sue her way to the top,’ has overstepped her boundaries and fears that she will run Reddit into the ground,” the petition letter states. “Advance Publications needs to fix this ordeal or risk irreversible harm to their international brand, Reddit Inc. Action must be taken to prevent Reddit from being further run into the ground.”

What’s more, some petition co-signers and others on social media are pulling out all the typical stunts against women online, levying every sexist slur in the book to deride her.

It’s one thing to criticize Pao for her administration of a major online force. But bringing her gender into the fray is quite another.

Rather than keep the conversation and constructive criticism squarely focused on Pao’s performance, a number of community members and observers instead target her position as a woman navigating the higher rungs of Silicon Valley’s white bro-dude-dominated leadership culture.

In 2012, Pao sued former employer Kleiner Perkins, where she worked for seven years. Her suit was based on allegations that, as Fortune‘s Kia Kokalitcheva reported, “she was passed up for promotions and retaliated against because of her gender and for speaking out against the firm’s sexist climate.” Although she lost her case, as Kokalitcheva noted, Pao succeeded in “becoming a symbol of Silicon Valley’s sometimes sexist culture and lack of diversity.”

The issues with diversity in Silicon Valley aren’t a surprise to anyone who works in tech, where—as Mother Jones highlighted—the combined number of black employees at Google, Facebook and Twitter could all fit on a single jumbo jet. Although Asian-Americans represent a significant number of workers in the tech scene (27 percent, as National Public Radio reports), they largely don’t occupy positions of leadership, including at the executive level.

“Out of all the Asian-American women working in tech, only one in 285 is an executive. That compares to a ratio of one executive per 118 professionals in the workforce as a whole—and, for white men in tech, a ratio of one in 87,” NPR reported, citing research from the Ascend Foundation.

Pao’s Asian-American heritage, coupled with her gender, presents a double whammy for navigating the implicit and overt biases of a system created by cisgender, heterosexual white men—which continues to benefit them. With the odds stacked against her because of both social and institutional factors in the tech sector, reports of Pao’s lawsuit helped elevate a discussion about gender and racial diversity—and illustrated the struggles many of her contemporaries must still face.

“Being Chinese and being a woman, you kind of are expected to be more timid and shy,” Chenny Zhang, a tech startup co-founder, told NPR. “You’re just expected to work hard and do your job.”

Pao’s lawsuit didn’t make much ado about nothing, even if the public doesn’t know the full story as it actually happened, as New York magazine’s Ann Friedman noted. But now that she’s embroiled in yet another career crisis, chatter on Twitter, on Reddit, and various other corners of the Internet now reduce otherwise constructive criticism to a claim that Pao’s a ticking time bomb with an axe to grind.

Although celebrities such as Lorde, and many of the petition co-signers, have blasted Reddit and Pao for firing one of their favorite ambassadors of the site, in reality, none of them may be intimately aware with issues of company strategy or other vital components that could’ve resulted in Victoria Taylor’s working relationship coming to an end.

As the Verge reports, “Reddit still hasn’t given a reason for Taylor’s severance, but has been in full damage control mode since the site discovered the change last week. Some Reddit users have speculated that Taylor was fired because she opposed measures to commercialize the AMA section, but Reddit CEO Ellen Pao denied those theories.”

It will take more than an apology to win back the trust and goodwill of Reddit’s loyal following. But the rampant sexism in the criticism makes it even harder to call a spade a spade, especially when it comes to Silicon Valley’s woman problem. It means that many of the real issues here will continue to be ignored.

Writing at New York magazine’s Daily Intelligencer, Annie Lowrey posited, “Pao did not sue just because she felt that Kleiner Perkins fostered a sexist corporate culture. She sued because she felt that the culture prevented her from ascending in the firm, costing her work opportunities and hundreds of thousands of dollars. How to stop pernicious, subtle sexism, if you cannot prove it in the courts?”

Now that Pao is losing in the court of public opinion, however, it’s time to change the conversation. The response is indicative of an already hostile climate for women in Internet spaces, regardless of their public visibility or position of leadership. And it’s time to cut the crap.