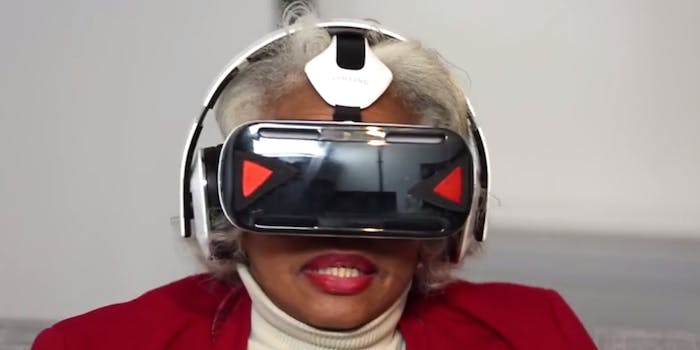 Old folks test out virtual-reality sex, and their reactions are golden

You'll never be able to look at Grandma the same.

When it comes to the reaction video genre, there is no disputing that the elderly have quickly become the breakout stars. From watching someone’s grandparents try to operate Google Glass to seeing the senile get wild playing Grand Theft Auto V, senior citizens and their hilarious reactions to modern technology consistently bring the Fine Brothers boatloads of views.

But no matter the answer, nothing could compare to the 4D sights these feisty seniors were about to behold. While others shrieked in shock, some got a little too familiar with their virtual reality dates and creeped us out in the process.