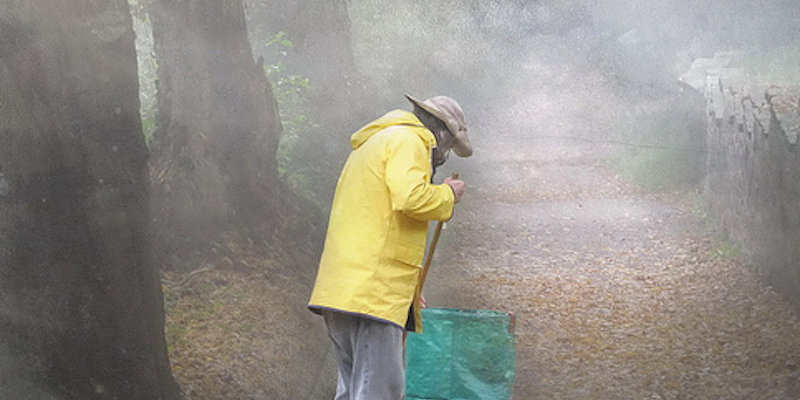 Authorities in Roanoke Rapids were able to reopen an assault case after finding footage of the incident in question on YouTube.

Two brothers in North Carolina were arrested last week for assaulting an elderly man in December, after recording the assault and posting the video to YouTube.

The video, which has since been deleted, shows four men laughing in a car before one of them gets out of the car, approaches an elderly man raking leaves from behind, and slams him to the ground. Police said that the man was disabled at the time.

Roanoke Rapids authorities had abandoned the case in December after initial investigations turned up no suspects, but a YouTube-browsing detective came upon the video and reopened investigation.

Now, the two brothers have been jailed and are currently being held under a combined $3,500 bond.

Older brother Antonio has been told that he needs to pay up $2,000; he’s been charged with assault. His brother Marcus is believed to be the driver of the car and must post a $1,500 bond.

The two told investigators that they assaulted the man in retaliation for an issue involving one of their family members.

“It’s amazing that people would video such an incident and post it to the World Wide Web,” Roanoke Rapids Police Major Tommy Hathaway told WRAL in nearby Raleigh. “It’s sad. It’s tragic.”

“If your video shows someone being physically hurt, attacked, or humiliated, don’t post it.”

Those planning future attacks on elderly leaf rakers may want to take that advice to heart.