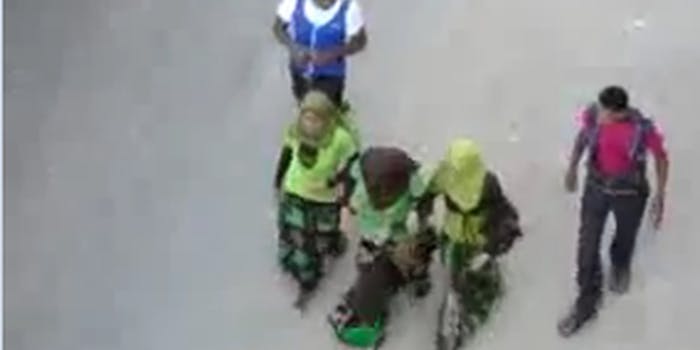 There's a sexual harassment epidemic in Egypt, and women are turning to a tried-and-true platform for fighting back.

There’s a sexual harassment epidemic in Egypt, and women are turning to a tried-and-true platform for fighting back.

The Facebook page Efdah Motaharish—”Expose Harassers”—is growing with viral speed as Egyptian women rally around it as an outlet for exposing creeps and perpetrators of sexual assault. It’s a movement Egypt badly needs. In a 2008 study by Egyptian Center for Women’s Rights, nearly two thirds of Egyptian men admitted to sexually harassing women. More than half of the men surveyed said it was the women’s fault they were harassed.

The English-language Egypt Daily News explained how the group was born:

The idea for this latest initiative was born when the administrator and creator of the page was bothered by an elderly driver while she was stuck in traffic. The driver verbally harassed her for some time and she decided to expose him by taking his picture and uploading his photo on Facebook. She created a Facebook page… where she posted his photo and related her experience of how he harassed her.

The woman’s friends shared her photo, and their friends, and their friends. More than a half-million people eventually saw it pop up in their news feed. The Expose Harassers page ballooned in size overnight. Now less than a week old, it boasts more than 10,000 subscribers. Dozens of other women have reached out to the anonymous creator—a politics student who calls herself simply “M”—sending her photographs and videos of men behaving badly.

The exposure works. The driver who harassed M was ultimately identified, and he later threatened to sue her for slander.

Egyptians used Facebook to help organize the downfall of former president Hosni Mubarak. Thousands of predatory, grope-happy men may be next.