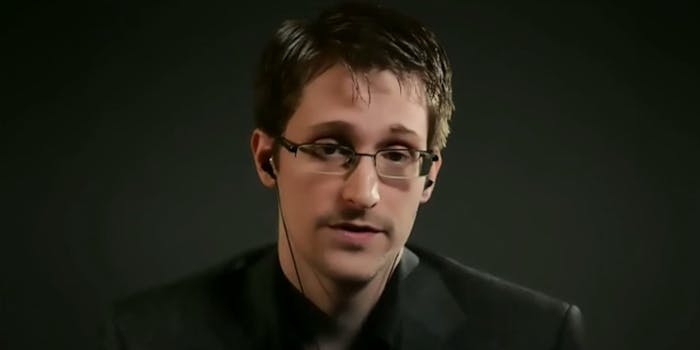 Why Edward Snowden will never be given a fair trial in the U.S.

Nearly two years after fleeing the United States, NSA whistleblower Edward Snowden is still looking to return home and face a fair trial. Earlier this week, Snowden’s lawyer confirmed that “of course, Edward is often homesick” but fears that, upon returning he will be “immediately imprisoned for an indefinite period pending trial when the government openly calls him a traitor.” Speaking from his Russian exile to a Canadian privacy conference, Snowden himself said, “I would love to go back and face a fair trial, but unfortunately, there is no fair trial available, on offer right now.”

While Snowden and his counsel both seem to believe a fair trial is possible for the former security contractor (why else would they ask for one?), it is an optimistic expectation of a federal government that has increasingly shown itself to be a self-interested cabal that fails to believe in the value of a fair trial. If Snowden believes there is a single chance he could face a fair trial in the U.S., he’s perhaps as delusional as the 165,000 signatories of a Change.org petition asking for a presidential pardon. If Snowden sees his home country again, it will almost certainly be through prison bars.

Despite initial claims that his is “the most transparent administration ever,” President Barack Obama has abused whistleblowers like Snowden at every turn. According to ProPublica, of the ten times the Espionage Act has been used to indict a government employee since Daniel Ellsberg released the Pentagon Papers, eight have been under the Obama administration and all were in the name of protecting national security. Of those convictions, the administration sentenced whistleblowers to an accumulative 526 months of prison time—95 percent of all sentences given to whistleblowers in the history of the country.

The two most high-profile indictments of the Obama administration have been Snowden, who has leaked a successive trail of documents related to the NSA’s mass surveillance of U.S. citizens since 2013, and Chelsea Manning, who leaked a massive trove of U.S. military communications to whistleblower-haven Wikileaks. While Snowden could face life in prison, Manning is serving a 35-year sentence in a military prison.

These massive charges and sentences stand in stark contrast to how the federal government has mishandled its own secrets and how it has responded to such leaks. Supporters of Snowden and Manning were appalled to see four-star general and former CIA director David Petraeus receive just two years probation for handing over eight “black books” to his biographer and mistress Paula Broadwell. The classified documents included military strategy and official communications between Petraeus and the president.

Ben Wizner, an attorney for Snowden, told U.S. News & World Report: “If Petraeus deserves exceptional treatment because of his service to the nation, then surely the same exception should be offered to Edward Snowden.” Representative Alan Grayson echoed these sentiments, contrasting Petraeus’ intent to “impress a girlfriend” and Snowden’s mission “to bring attention to overwhelming and pervasive constitutional violations.”

Perhaps most astonishing, however, was the reaction of former chairwoman to the Senate Intelligence Committee Dianne Feinstein, who has called Snowden’s actions “an act of treason.” In the face of Petraeus’ irresponsibility, Feinstein dismissively called the actions “a mistake” and said “the man has suffered enough in my view. … He’s retired. He lost his job. How much does the government want?”

The hypocrisy of Feinstein and the federal government as a whole towards Snowden would be far less glaring if Petraeus were the first U.S. official to see clemency for releasing sensitive information with far less righteous justifications than Snowden. Time and time again, the administration has brought the hammer down on whistleblowers while saving the kid gloves for their own.

Time and time again, the administration has brought the hammer down on whistleblowers while saving the kid gloves for their own.

Going back further, two high profile national security advisers, Richard Clarke and John Brennan, have seen no indictment for releasing details to the Associated Press of a busted terror plot on the first anniversary of bin Laden’s death. Despite their clemency, a lower-level FBI agent became the eighth person the Obama administration indicted under the Espionage Act for his involvement in the leak. The AP was even wiretapped by the Justice Department in the process of its investigation.

These three incidences were for bragging rights, Hollywood glory, or simply fairness in reporting. Edward Snowden has changed the dynamic between state and citizen for the better, initiating a worldwide conversation about privacy rights like has never been seen before. Despite claims by intelligence officials that Snowden has caused “profound damage” (a dubious claim at best), he did so for the betterment of American life and at great personal cost.

What is revealed by the contradictions between Snowden’s treatment and how the administration has treated its own officials is a poisoned culture of the powerful protecting only the powerful. By any measure, Snowden acted with a better moral compass than Petraeus, Panetta, Brennan, or Clarke yet will never see a trial half as fair simply because of his outsider status.

The irony in all of this is, in lieu of facing a fair trial in his home country, Snowden must stay in a country where civil liberties are nil and dissidents are gunned down in the street. One of the cultural aspects that has allowed Russia to become a haven for despotic tyrants is a stagnant culture of elites only interested in protecting themselves and crushing any who might challenge them.

While it would be absurd to compare the Obama administration to Putin’s dictatorship, it’s telling that his current home may not be all that different in some ways than the one he left.