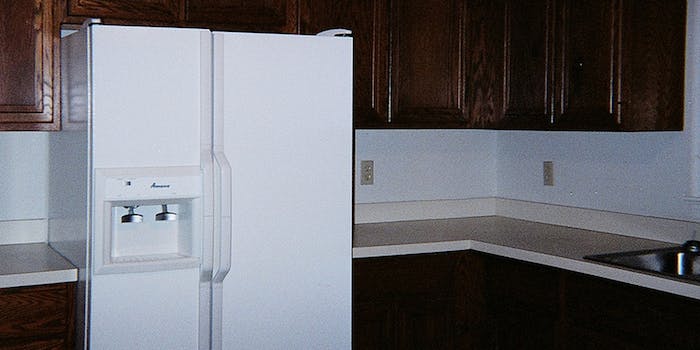 Before departing Hong Kong, NSA whistleblower Edward Snowden was asking visitors to his hideout to place their cell phones in the refrigerator, hoping to prevent traces or surveillance.

Today, The New York Times’ The Lede blog went into some detail about how this security measure might work. The answer? The thick metal and insulation of your common refrigerator could make it a kind of Faraday cage, “a space where radio waves cannot pass and therefore data cannot be transmitted.” The Lede went on to report that a martini shaker might be used the same way.

Sounds plausible enough, right? Wrong. Engineers and other assorted nerds began to debunk this line of thinking in the comments, even as others suggested foam ice coolers and aluminum foil wrappings as alternative Faraday cage devices. A few people went so far as to test Snowden’s refrigerator theory for themselves: 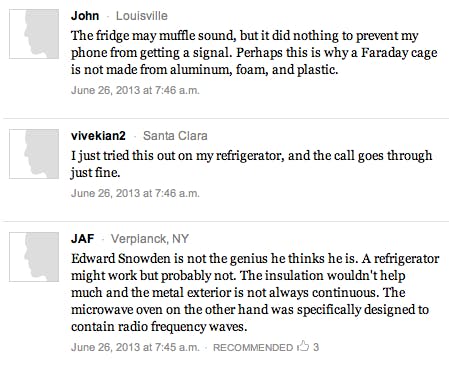 One salient point was that while fridges can block sound, it has no such effect on radio frequencies. “In fact,” one commenter noted, “ the seal gap may even have some of the properties of an antenna.” Whoops!

With the microwave now in the front-running as a go-to Faraday cage for hot phones, the post’s author, Heather Murphy, clarified that not all fridges have the properties of a Faraday cage, though Snowden’s might well have. Still, the stainless steel martini shaker worked best overall.

How about the microwaves, though? There was some pushback here as well: 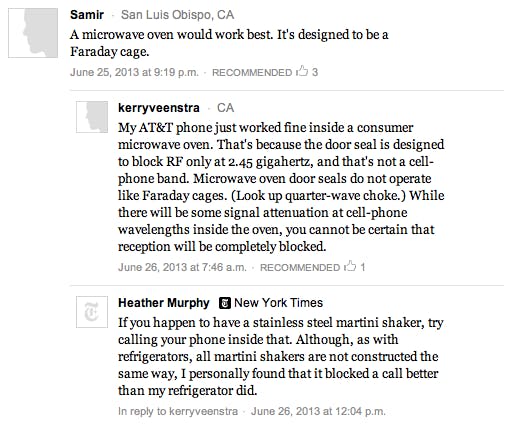 So when it comes to the question of whether some common household appliance can be used to block phone reception, the answer is: sort of. Or, more accurately: it depends on the appliance.

Next time you’re shopping for a refrigerator, let the salesperson know that you’re caught in a web of international espionage, and see which model they recommend.