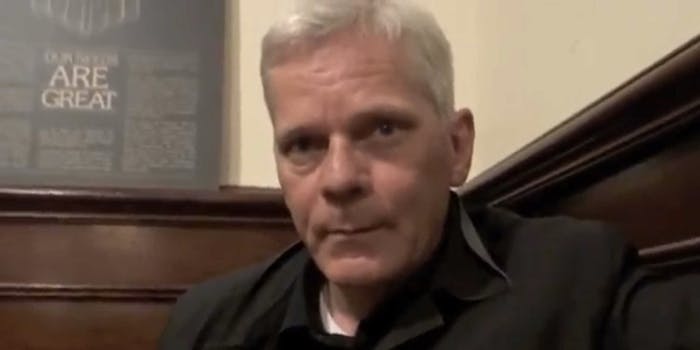 If Snowden is looking to move there, it isn’t likely he’ll make it. But now we know he genuinely tried.

Edward Snowden, currently hiding in Hong Kong, spoke of seeking asylum in Iceland in his June 9 interview with the Guardian. Iceland “stood up for people over Internet freedom,” he said. If he’s looking to move there, it isn’t likely he’ll make it. But now we know he genuinely tried.

Kristinn Hrafnsson, a representative for Wikileaks and investigative journalist, wrote in the Icelandic paper Visir Tuesday that an unnamed “intermediary” for Snowden approached him June 12 about finding asylum in Iceland.

Snowden, who famously leaked NSA documents that prove the existence of the Internet surveillance program called PRISM, fled to Hong Kong to avoid immediate prosecution from the U.S. From Hong Kong, however, he initially expressed a desire to end up in Iceland, where some members of parliament have offered explicit support for whistleblowers in general and Snowden in particular.

But that doesn’t mean he’ll get it. There are significant complications to Snowden finding refuge in Iceland; he can’t even apply for asylum unless he’s physically there. He’d be in trouble if he showed up and was denied; the country has an extradition treaty with the U.S.

And that’s assuming he’d even be able to get there from Hong Kong. In an open Internet interview Monday with readers of the Guardian, Snowden said he chose to not fly to Iceland directly because there was less chance of being immediately apprehended. In an interview Saturday, Snowden indicated he’d given up on Iceland, and said he planned to stay in Hong Kong.

Hrafnsson wrote in Visir that he immediately requested an audience with the offices of prime minister Sigmund David Gunnlaugsson and interior minister Hanna Birna Kristjánsdóttir, but both ignored him. A government official told Reuters that “Kristinn Hrafnsson has contacted two ministries in an informal way but not the ministers. There has been no formal approach in this matter.”

In the article, Hrafnsson indicated he was coming forward because he was frustrated his government wasn’t more helpful to Snowden. Linking to his claim on his public Facebook page, Hrafnsson wrote (translated from Icelandic via Google translate), “Edward Snowden is a hero and nothing else,” and that giving him refuge in Iceland was “an opportunity to create a unique display of strength, courage, and respect to higher values.”

Screengrab of Hrafnsson via April Watters/YouTube