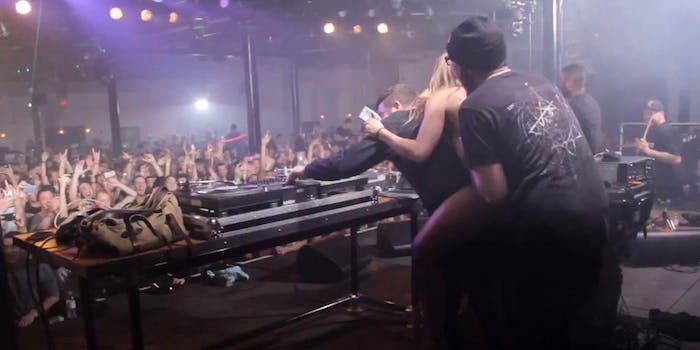 All she wanted was a piggyback ride from the band.

Electronic dance music festivals are marathon bacchanals of beats, breakdowns, and molly-fueled bliss. Vibes are so chill—and so sweaty—that revelers often wear very little. So when one ecstatic 23-year-old Florida woman, bare-naked except for the smartphone in her hand, leapt on stage during Keys N’ Krates’ set at District 3 in Tampa, Fla., the band’s tour manager couldn’t help but laugh as he casually chased her around the stage. 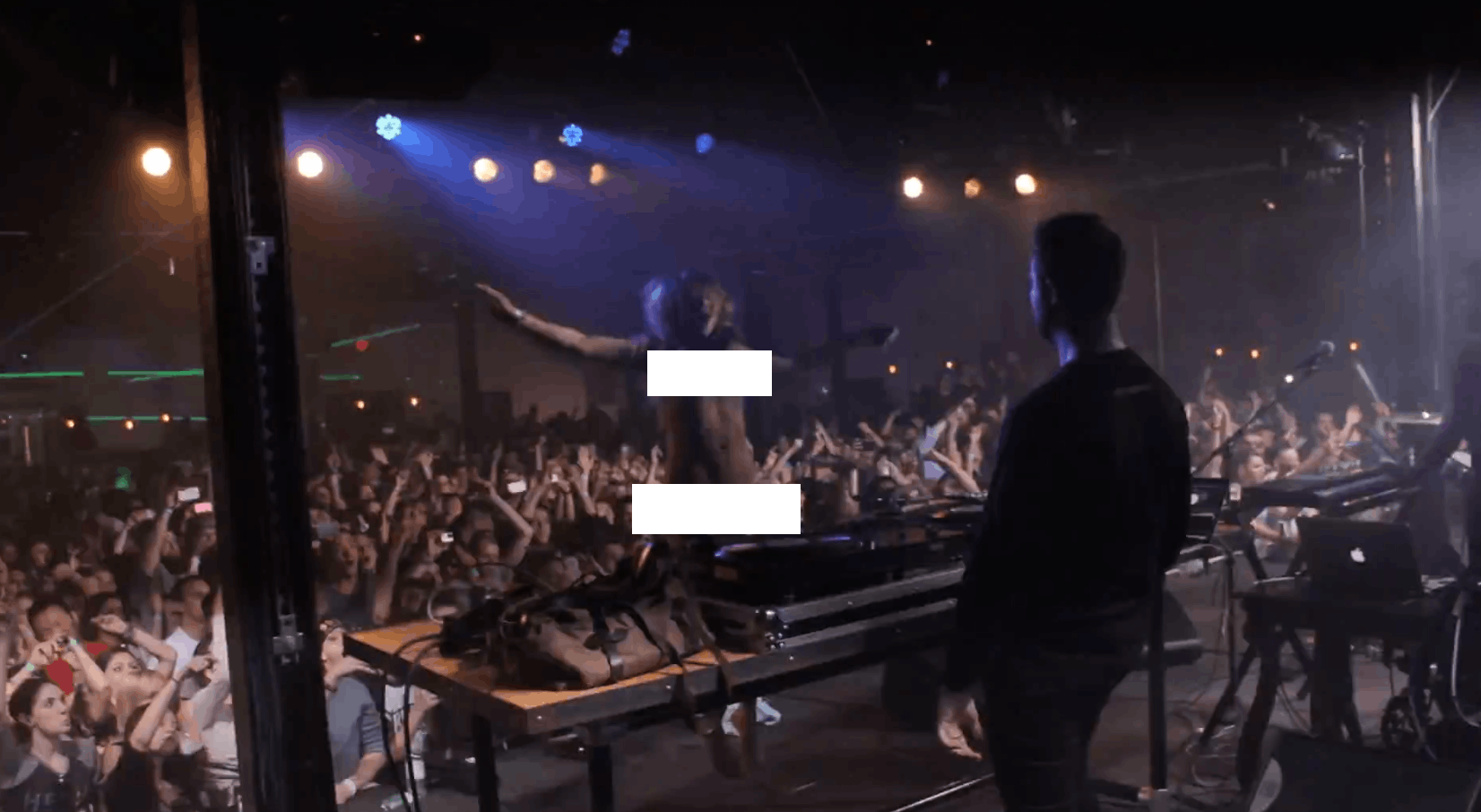 What she really wanted was a piggyback ride from the band. At this moment, the crowd erupted in cheers. 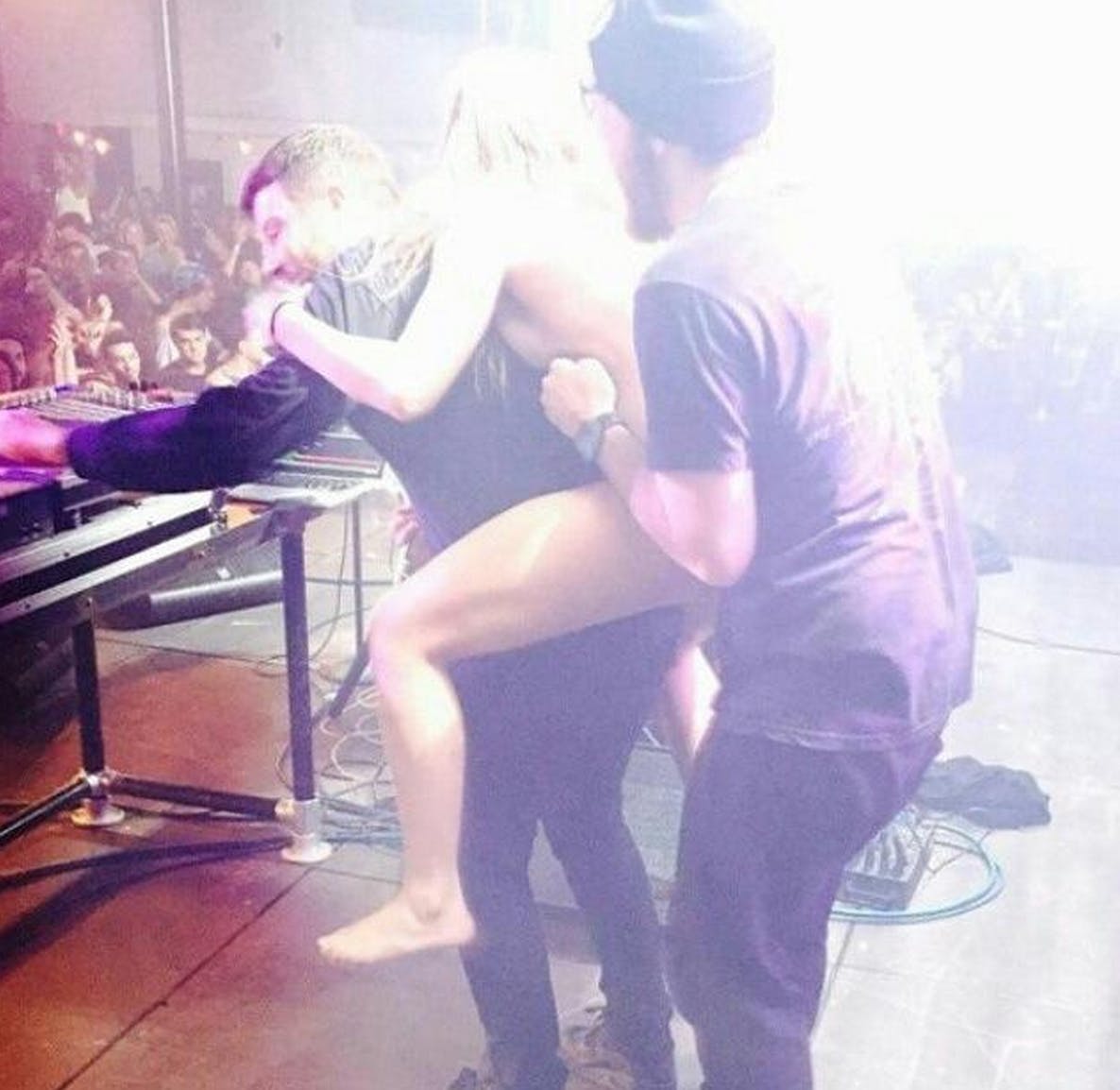 The tour manager eventually snagged her, scooped her up, and deposited her safely into the crowd.

And biggup that completely naked chick for jumping up on stage on my back while we were playing. Insanity

Watch the video now before YouTube takes it down—Vine has already started removing clips from the event. NSFW warning for some pixelated nudity.

Someone connected to the event gave YourEDM some context:

This whole thing was pre-meditated by the girl.
… She’s actually one of my promoters’ (now) ex-girlfriends. He sent me a text before the show letting me know she had something planned yesterday night.
… She then crowd surfed naked.

Facebook users are already starting to make a meme out of her: 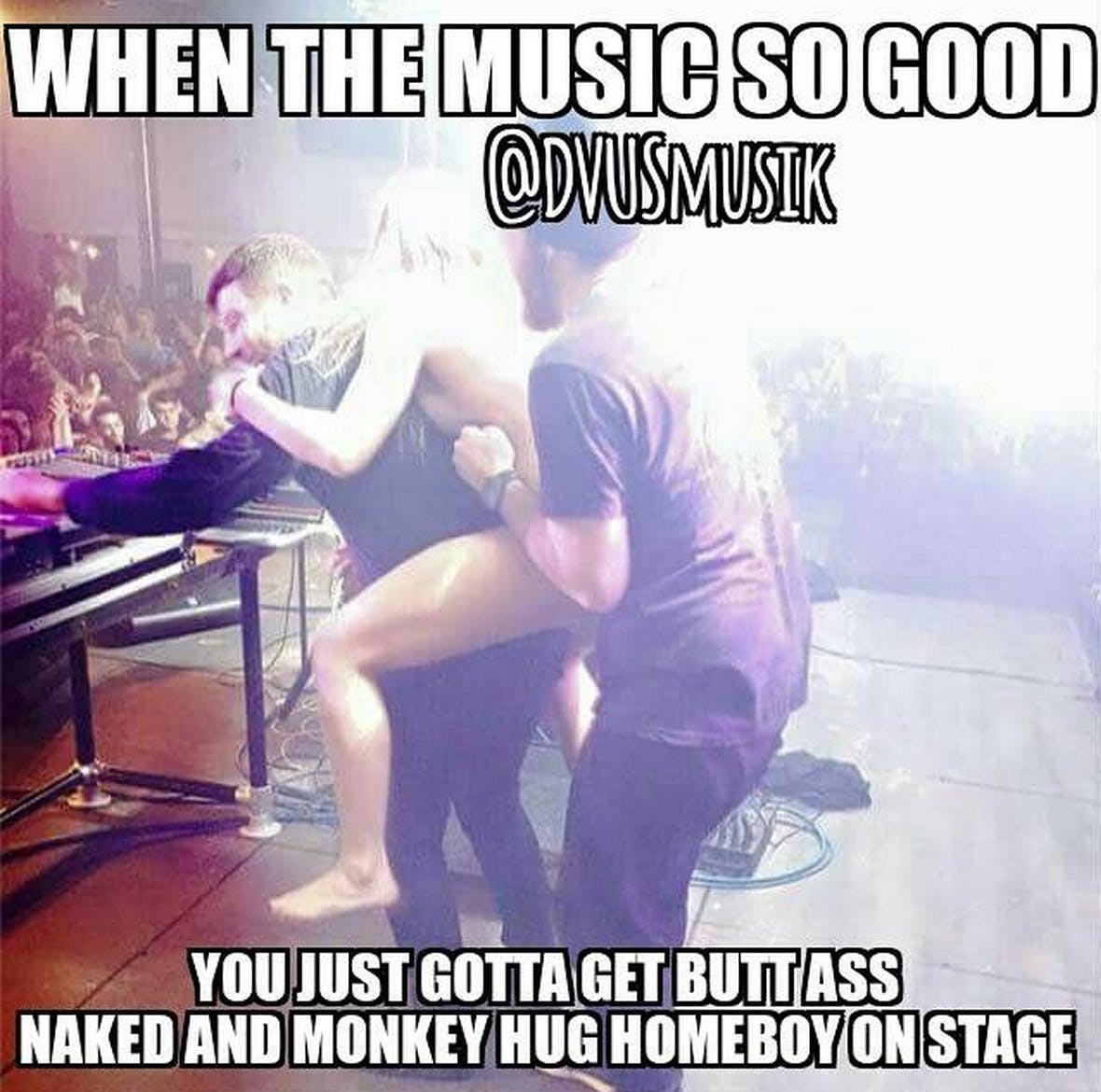 On the streaker’s Facebook profile, she seems to be feeling pretty good about the event. “Let’s get naked!” and “Can I quit my day job yet…?!” she wrote in two recent updates, and she’s changed her profile picture to a censored screengrab of Keys N’ Krates’ tour manager chasing her. Her friends, naturally, are busy sending the above videos to Daniel Tosh.

Say what you will about EDM, but the screamo shows I went to when I was a kid were never this much fun.