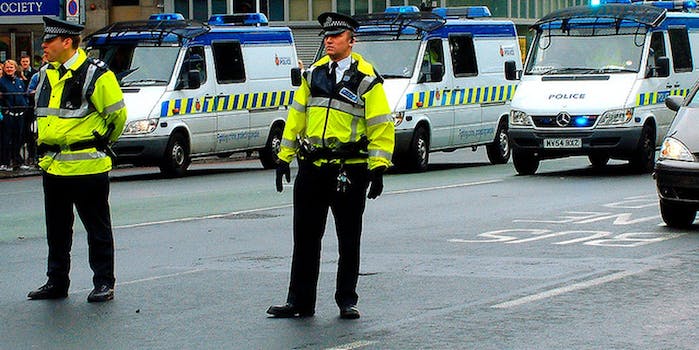 You have the right to remain in love.

While most of us will spend Valentine’s Day scrambling to find a last-minute gift or moping over the single life, it’s business as usual for law enforcement. That point was poetically made in an excellent tweet from the police department of Edinburgh, Scotland.

Followers had some suggested revisions—“Roses are red, police lights are blue, don’t break the law or the lights’ll be for you” and “Roses are red, Violets are blue, If you are a Dobbar, We will book you”—but the cops insisted that the rhyme is “no fun if it scans.” (Their sense of humor has evolved a bit since they joked about a panda miscarriage.)

To prove they’re not totally unfeeling, though, they later issued a critical holiday warning.

@Elblondiso Please tell us you’ve something more romantic in mind today for a Valentine’s meal? #ifitcomesinanewspapershellnotbehappy

Always inspiring to see police go beyond the call of duty.