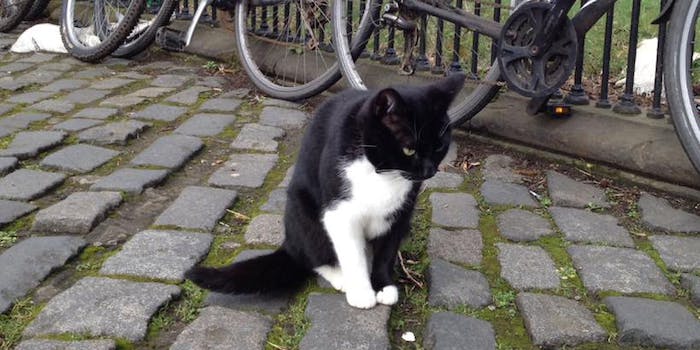 Jordan is getting a world-class education.

Scotland isn’t all haggis and Irvine Welsh-like squalor. It can also be rather quaint. Seriously, if you can name a college outside Scotland that has given a library card to a local cat, we’d love to hear about it. For now, there’s only Jordan, a popular feline pupil at Edinburgh University. 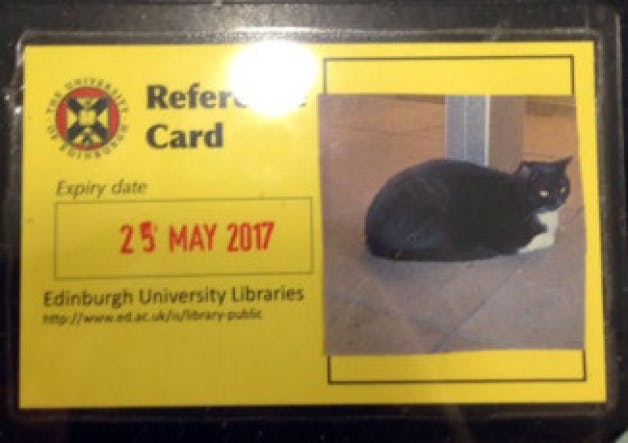 Jordan, named after a 12th-century saint, was meant to be a mousecatcher for the school’s Catholic chaplaincy. The monastic lifestyle didn’t much suit him, however, and now he takes a daily stroll across George Square to while away the hours in the “well-heated” campus library. He’s extremely popular with stressed-out students and evidently “has a favourite turquoise chair near the door.”

Jordan’s fans have set up a Facebook page for him, with 7,000 “likes” and counting since it was established a year ago. On the page, Jordan struts his stuff and offers opinions on everything from the titans of Western philosophy to this year’s vote on Scottish independence. (He’s also on Twitter.)

As well-read as Jordan is, we wouldn’t be surprised if he continued to stalk the halls of academia for some time to come—the job market for graduates is pretty bleak these days.