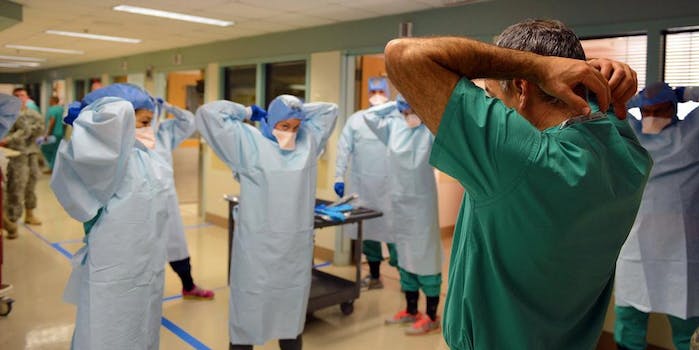 CDC says there is no risk to the general public.

One lab technician was exposed to Ebola in an Atlanta laboratory and 12 others are being examined for possible exposure to the deadly virus. According to Centers for Disease Control and Prevention officials, the exposure occurred Monday after mismanaged labels at a high-security lab saw the Ebola virus transferred without the proper security precautions.

The virus was then moved without being stored in a freezer. Upon arrival, the receiving, exposed technician did not recognize its color-coded test tube.

The exposed tech will be monitored for 21 days, and has thus far experienced no symptoms. While it’s likely no one else was exposed, as many as 12 others did enter the lab containing the virus. The CDC is confident that there is no exposure risk to the public, however, as this all occurred in a quarantined area.

Unfortunately, this incident is not isolated for this CDC lab, which manages other “select agents” such as anthrax. In June, dozens of employees were exposed live anthrax when technicians improperly transferred samples. The CDC is investigating this incident. In a statement, CDC Director Tom Frieden said that “no risk to staff is acceptable” and that “the safety of our employees is our highest priority.”

The lab in question has been decontaminated and closed down this week.

Photo via Army Medicine/Flickr (CC BY 2.0)