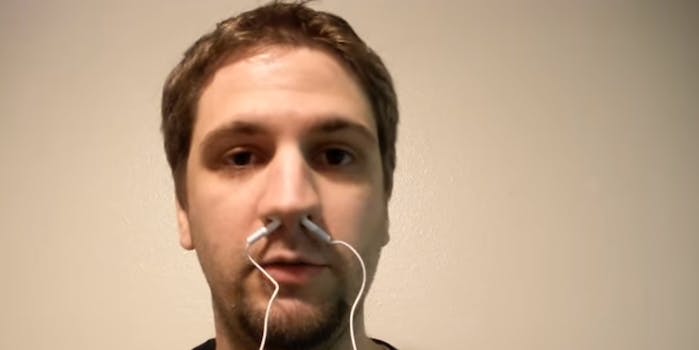 Will jamming earbuds up your nose turn your mouth into a speaker?

Don't let your mom catch you doing this.

If you shove headphones into your nose, will your mouth become a speaker? 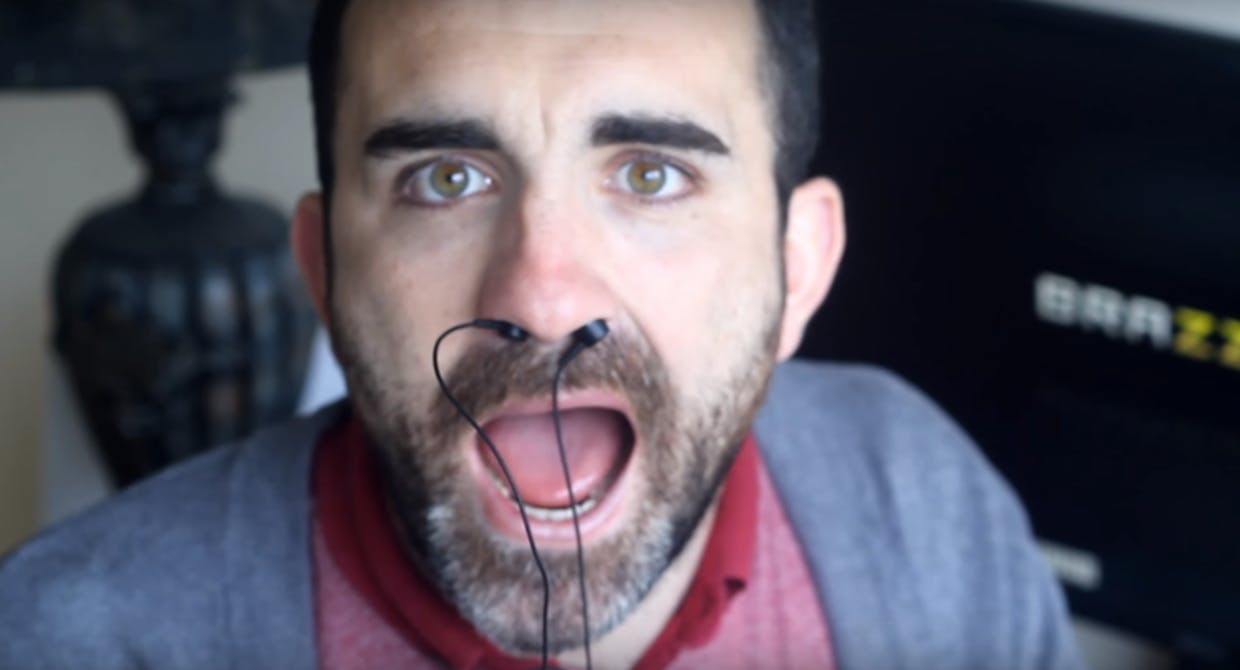 He doesn’t even have it on a good part.

The final verdict?  It’s hard to tell for sure, but for some odd reason the people using iPod earbuds seem to get more positive results than their peers. It’s doubtful that Apple planned this, but given its tendency to anticipate its users’ desires, anything is possible.

After combing through many pages of YouTube videos, we’ve determined that the woman below not only provides the clearest example of the experiment working but also has by far the best reaction.

Obviously, the best way to find out for sure is to try this for yourself. If you record it, remember that we’ll be judging you for your musical taste as much as for your cinematography. Feel free to use whatever song you like, but the Humpty Dance seems like a good choice.