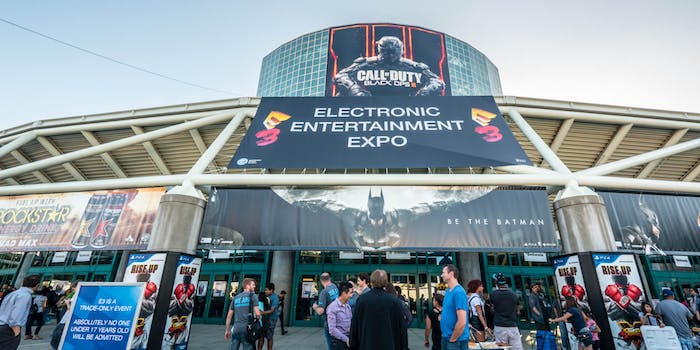 An official word could come soon.

The Electronic Entertainment Expo (E3) will not take place in June. Increasing concern over the rapid spread of the coronavirus prompted officials to scrap the event, which is oriented around video game developers and publishers, organizers announced Wednesday morning, tweeting that “The E3 team is devastated to share this news. This decision was not reached lightly, but it is the right one for the health and safety of all involved.”

The Electronic Software Association (ESA), which is responsible for the yearly event, followed reports that the decision was imminent. Multiple sources confirmed the impending cancellation to Ars Technica, including one who claimed an official statement “was supposed to be [Tuesday, March 10] and slipped.”

The event, which has been an annual fixture since its inception in 1995, has never been canceled. Whispers from within the industry had been hinting toward the event’s cancellation for days.

After the first coronavirus-related death was reported in California on March 4, the city of Los Angeles declared a state of emergency. In response to the declaration, E3 organizers outlined their position in a statement. “The health and safety of our attendees, exhibitors, partners, and staff is our top priority,” the statement read.

As gamers and developers familiarize themselves with the idea that E3 2020 might not happen, they are discussing potential alternatives to the event. The coronavirus might force people to stay in their homes, but that doesn’t necessarily wipe out all options. A purely digital event, somewhat like Nintendo’s Direct streams, is a possible route.

Multiple popular sites like YouTube and Twitch could present the opportunity for a purely digital conference this year. Chances are, upon official word of E3’s cancellation, that many developers will take this route.

Both PlayStation and Xbox have plans to release their next-generation consoles later this year. It is all but certain that both companies intended to unveil their new systems during the June conference. Dozens of developers were also likely banking on the event as an opportunity to reveal new projects. The potential for a digital conference will allow some of them to proceed mostly as planned, but will likely get in the way of at least a few announcements.

The last several years have seen a number of developers choosing to forego E3. Instead, they’ve made announcements through their own channels—a very real possibility in lieu of E3—or opted for alternate conferences like PAX East or CGC. With those events over, postponed, or canceled, more people will be forced to find alternate ways to get the word out.

The coronavirus continues to have a massive impact on almost everyone, in and out of the gaming community. Events have been canceled or postponed nationwide, from Coachella to sporting events and even Austin’s South by Southwest festival. A number of gaming-specific events have also been canceled, including the 2020 Game Developers Conference.

Update 11:12am CT, Marc 3: The conference has formally been canceled.