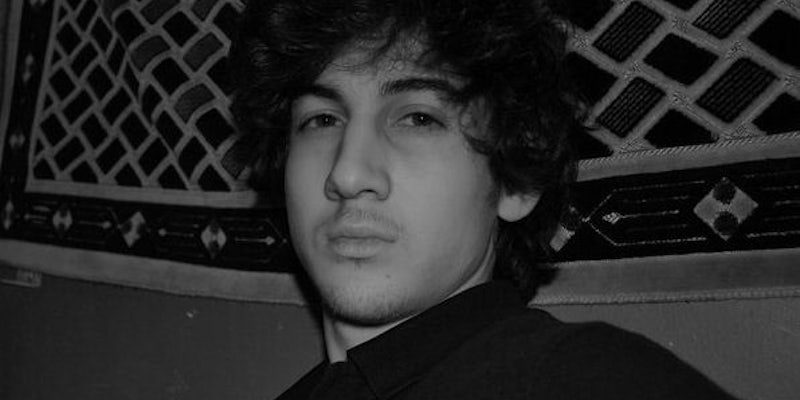 Is this Dzhokhar Tsarnaev’s VKontakte page?

A man with a same name as the younger Boston bombing suspect, Dzhokhar Tsarnaev, has an account on Russia’s most popular social network, vKontakte. 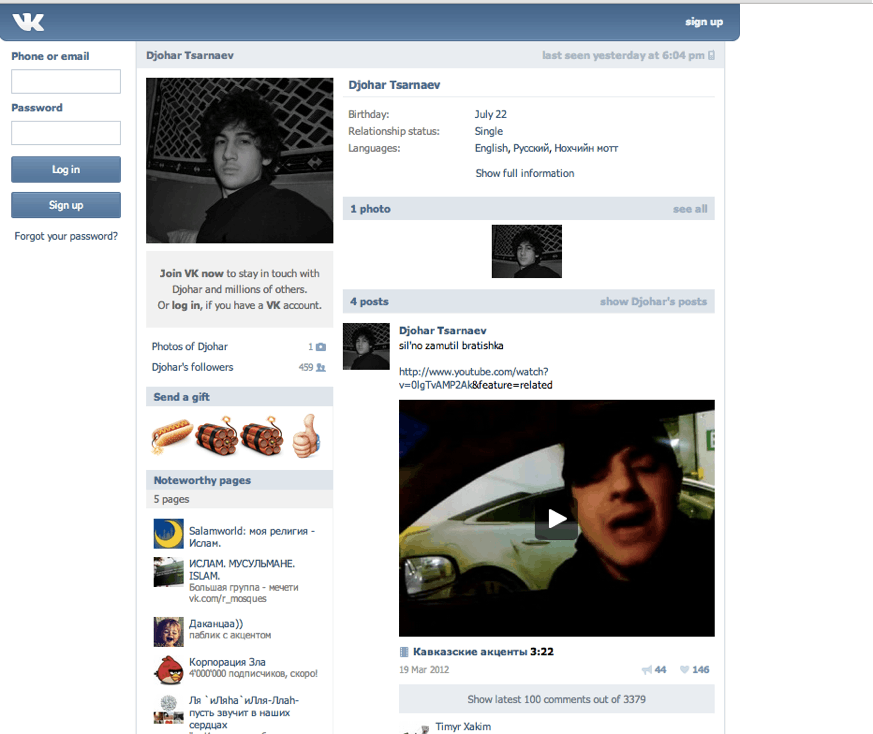 A man with a same name as the younger Boston bombing suspect, Dzhokhar Tsarnaev, has an account on Russia’s most popular social network, vKontakte. Or at least, “Djohar Tsarnaev” does. The transliteration is different, though the names have the same pronunciation.

Although some news outlets have reported that the vK account belongs to the alleged bomber, whether this is the same man or not cannot yet be ascertained without qualification.

Finding criminal suspects on social media is par for the course these days, both for the media and for law enforcement and intelligence. But it’s easy to get it wrong. There’s a fake Tsarnaev Twitter account already misidentified by many. There’s another Tsarnaev vK account that has the right name but the wrong everything else.

This account lists Tsarnaev as 22 years old (the suspect is believed to be 19), a speaker of English, Russian and Chechen. (The Tsarnaevs are from the Chechen-adjacent area of Dagestan in south Russia.) He only lists eight friends.

The account was created in or before March, 2012 and has only four posts, including a video of a man talking in a car, and one photo, of himself, all from March, 2012. One of the posts is a joke.

“A car goes by with a Dagestani, a Chechen and an Ingush in it. Who is driving? Answer: the police.”

He belongs to several vKontakte groups, including two for Chechens, one of which is “Free Chechnya,” and one for M&Ms candies.

He lists his “world view” as Islam and his “personal priority” as “career & money.”

His education section lists him as a 2011 graduate of Cambridge Ringe & Latin School in Boston. That year he received a $2,500 scholarship for college from the city of Cambridge, MA. He also listed the No. 1 school in Makhachkala, Dagestan, which he attended from 2009 to 2001.

Is this vKontakte account that of the Boston bombing suspect? If so, it sheds light, albeit little enough of it, on the normal parts of a young man’s life. Well, normal for a man who traveled halfway around the world from a war-torn area whose dominant culture often regards people of his ethnicity as congenital criminals.

But it is not confirmed.