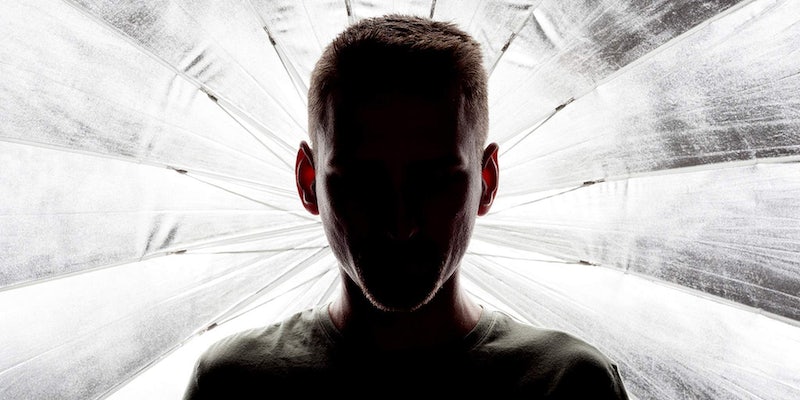 They've known about the threat of right-wing extremism on the Internet for six years.

It shouldn’t come as a surprise that Morris Gulett, the leader of a white supremacist religious group that vows to fight to “safeguard the existence of our race, the purity of our blood and the sustenance of our children,” recently expressed support for Dylann Roof, the 21-year-old white supremacist who shot nine people at a black church in Charleston, South Carolina, declaring that “I, for one, am very glad to see young people like Dylann Roof acting like men instead of the old 60’s era hippies stoned on weed and interracial love.”

After all, the Aryan Nations is one of the country’s most notorious white nationalist groups and Roof’s 2,000-word manifesto clearly indicated that he shares that group’s beliefs about the need for white, Christian men to violently reassert their superiority in an increasingly diverse America.

What should come as a surprise, however, is that American law enforcement hasn’t been taking the threat of extreme right-wing violence seriously, despite having had ample warning that it was likely to happen.

Back in 2009, a report titled “Right-Wing Extremism: Current Economic and Political Climate Fueling Resurgence in Radicalization and Recruitment” was released by the Department of Homeland Security. “The economic downturn and the election of the first African-American president present unique drivers for right-wing radicalization and recruitment,” the authors predicted.

The report further pointed out that the wave of domestic terrorism in the 1990s was motivated by racist, anti-Semitic, xenophobic, and radical pro-gun/anti-government ideologies. It specifically warned against “the potential emergence of terrorist groups or lone wolf extremists capable of carrying out violent attacks” and acknowledged the role of “right-wing extremist chatter on the Internet” in continuing to stir up emotions and eventually incite acts of violence.

American law enforcement hasn’t been taking the threat of extreme right-wing violence seriously, despite having had ample warning that it was likely to happen.

Unfortunately, the report’s findings were quickly leaked, provoking an avalanche of outrage from conservatives. House Minority Leader John Boehner deemed Homeland Security’s conclusions “offensive and unacceptable,” right-wing blogger Michelle Malkin denounced the report as a “hit job” against all conservatives, and Rush Limbaugh characterized it as “an effort to stifle what anybody would consider to be normal political dissent.”

As a result of the backlash, the Obama administration effectively dismantled Homeland Security’s unit tasked with tracking right-wing extremism.

In an interview with the Electronic Intifada, the report’s lead author Daryl Johnson explained that Homeland Security has only three people investigating non-Islamic domestic extremism, whereas up to 100 focus on Islamic radicalism in this country.

“If you look at the government as a whole, there are thousands of counterterrorism analysts looking at al-Qaida and its affiliates versus dozens on domestic non-Islamic extremism,” he observed, noting that most federal law enforcement agencies don’t have full-time analysts monitoring right-wing extremism. “Educating the public on these issues and that these movements are dangerous is vital,” he insisted, particularly because “today’s white supremacist and white nationalist is an Internet junkie.”

Although Secretary of Homeland Security Janet Napolitano was pressured into apologizing for commissioning the report, the last six years have born out its conclusions. Hate groups began to explode in popularity within months of Obama’s election in 2008. Stormfront, a white supremacist site that serves as a sort of Reddit for racists, had fewer than 100,000 registered users before Obama’s election but has more than 300,000 today.

Indeed, almost 100 people have been murdered in the last five years by followers of Stormfront who have cited racist ideologies as their motives. Despite our culture’s continued association of “terrorism” with Islamic zealotry, the fact of the matter is that since September 11, 2001, nearly twice as many Americans were killed in domestic terrorist attacks related to racist or extreme right-wing groups than from Jihadism (48 versus 26).

The first lesson to learn from this is a relatively straightforward one. While the right-wing extremists who have been engaged in acts of violence since Obama’s election have targeted African-Americans, Jews, Latinos, LGBT people, women, abortion doctors, and police officers, their various hatreds are bound by a common thread: a belief in “white minority politics,” or the idea that power over America’s government, economy, and culture is being gradually eroded by the influx of “un-American” influences.

“Right-wing extremism in the United States can be broadly divided into those groups, movements, and adherents that are primarily hate-oriented (based on hatred of particular religious, racial, or ethnic groups), and those that are mainly anti-government, rejecting federal authority in favor of state or local authority, or rejecting government authority entirely,” the DHS report explained. “It may include groups and individuals that are dedicated to a single issue, such as opposition to abortion or immigration.”

In short, what binds all of these hate groups is an irrational and dangerous emotion—fear of the “other.” As former white supremacist leader and recruiter Arno Michaelis explained to the Washington Post, “When everything is going wrong in your life, it’s much easier to blame Jews/Muslims/blacks/Mexicans/gays/anyone-but-yourself than it is to face your flaws and begin the hard work to account for them.”

Indeed, almost 100 people have been murdered in the last five years by followers of Stormfront who have cited racist ideologies as their motives.

Another important lesson is to take Internet hate groups more seriously as a viable threat. We already know that the Charleston shooter was inspired by the Council of Conservative Citizens (CCC), which despite its innocuous name got its start as a white supremacist group opposing integration during the civil rights era. Despite this fact, the CCC was very influential in Republican Party politics until recently, donating $25,000 to various candidates in 2012 and contributing to the presidential campaigns of Ted Cruz and Rand Paul this year (both of whom announced they would return the donations after the Charleston shootings).

However, the CCC is just one example. Many of the perpetrators of right-wing violence during the Obama era either openly discussed their views online or followed hate groups that have used the Internet to recruit believers in the “white minority politics” narrative. Both the Norwegian white supremacist shooting in 2011 (which killed 77 people) and the Wisconsin Sikh Temple shooting in 2012 were committed by individuals who discussed their racist views in online forums like Stormfront.

Finally, we need to recognize that there is a difference between mainstream conservatism and the right-wing extremism that takes lives. When the DHS report was first released, Republican Party leaders and conservative commentators were so worried about imaginary plots from the Obama administration that they inadvertently drew attention away from a very real domestic terrorist threat (for a complete list of domestic right-wing terrorism since the Oklahoma City bombing, see the Southern Poverty Law Center’s list here).

We cannot repeat that mistake: Individuals like Dylann Roof, who engage in white supremacist and other radical right-wing activity online, are not normal participants in our political process. They have as much right to free speech as an Islamic cleric preaching jihad—but we, as a nation, have a practical need to be aware of the menace that they pose.

Too much blood has been spilled already, but it’s not too late to learn from our mistakes. The time to start taking right-wing extremism seriously, however, is now.