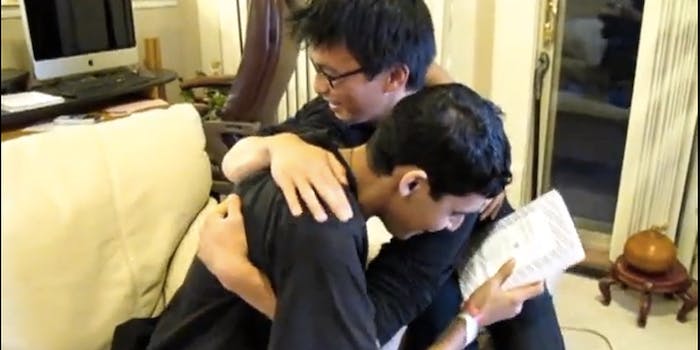 Man gets dying wish via Reddit: an advance copy of Harry Turtledove’s novel

Once again, Reddit steps up to the plate. This time, it helps grant the wish of a man dying of terminal cancer.

Redditors have used the site to accomplish all kinds of charity. Now, it’s helped one user fulfill his friend’s dying wish.

On Feb. 2nd, redditor kivakid posted a question to AskReddit: “My friend has terminal cancer and may die by June. I’m trying to fulfill one of his last wishes. Is there any way to obtain a copy of a book that hasn’t been released yet?”

His friend, Nachiketa Bhatnagar, loves the alternate-history novelist Harry Turtledove, and told kivakid in a chat that one of his biggest wishes would be to see how Turtledove’s The War That Came Early series ends.

One redditor claimed to know Turtledove’s daughter. Another claimed to be in touch with his whole family. However, it was a user called LowFuel who came through.

“My editor can get you an ARC [Advance Reading Copy],” he commented.

“I sent my editor an email and explained what was going on,” Hugh said in an email to the Daily Dot.  “He replied a few minutes later, a bit freaked out because he’d literally just opened the box of reader copies for Harry’s new book.  And just like that, the advance copy was in the mail!”

The book arrived within a week, kivakid said via Reddit private message. But since he lives in California and Bhatnagar in Maryland, it wasn’t until this weekend that he could deliver the book in person. Then, a little after midnight on Wednesday, he posted the video to Reddit.

It shows Bhatnagar, looking healthy (“He’s opted out of chemo and radiation, which would have continued for the rest of his life. Told me that Quality > Quantity, no question,” wrote kivakid).   as he opens kivakid’s package and is quickly overwhelmed. “Holy shit! Holy shit!” he exclaims.

The “Internet can do anything,” kivakid says in the video.

“He says he already finished it,” kivakid later wrote on Reddit. “A couple hours after the video ended Turtledove gave him a personal call and they talked about his books for a good half hour. Apparently they’re keeping up a regular email correspondence now.”

It’s like the Make-A-Wish Foundation–part two. Bhatnagar recently had an opportunity from them, too. On Wednesday, he rang the opening bell at the New York Stock Exchange, celebrating his father’s birthday. His father died in a motorcycle accident last summer.