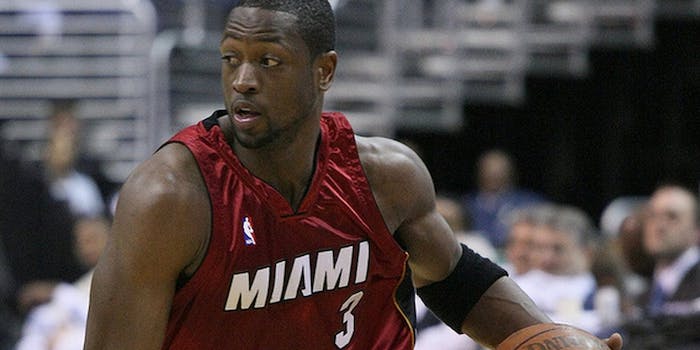 You can no longer search for Dwyane Wade on Twitter

Dwyane Wade has three rings. He wears the number 3. He changed his Twitter display name to "THREE." Now he's become the number.

Dwyane Wade has three NBA championship rings. He wears the number 3 on his Miami Heat shirt, chosen because it represents the Holy Trinity. Wade refused to answer questions at a postgame press conference after winning the title last month unless reporters referred to him as “Three.”

He has even changed his Twitter display name to “THREE.”

It is the last of these reasons, perhaps, why you can no longer search for tweets containing the words Dwyane Wade without putting quotes around his name. Try it for yourself, and you might end up with results looking like this: 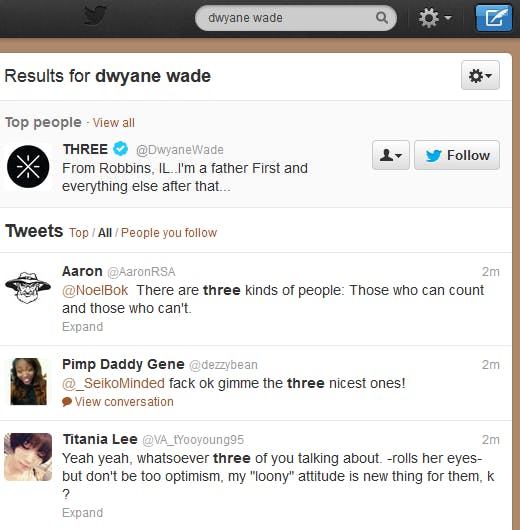 The quirky search result was pointed out in Reddit’s r/NBA section. Searching for his handle, @DwyaneWade, doesn’t work either. The quirk only seems to affect the Twitter website: the search works properly in TweetDeck, mobile app Tweetbot, and Twitter’s own iOS app.

If you’re keen to see what people are saying about the 31-year-old on your computer, sticking quotation marks around his name in the search field works. 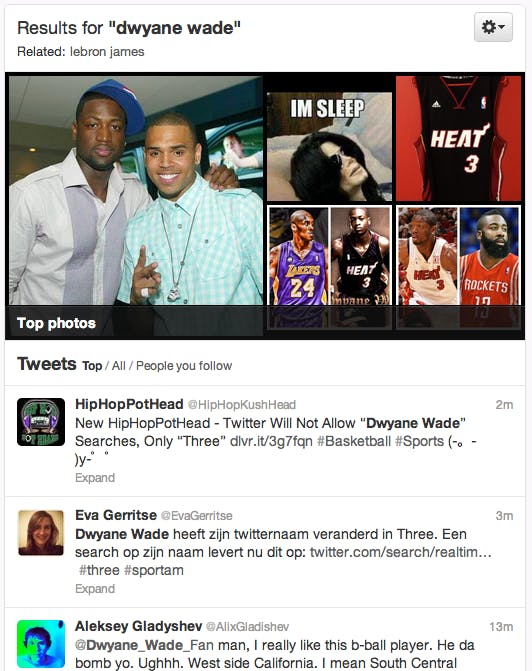 You can see his own tweets by going to his profile page, but good luck trying to see tweets by others mentioning his handle.

We reached out to Twitter to ask exactly why searches for Dwyane Wade turns up results containing the word “three.” We’ll update if we hear anything.

In the meantime, the Way of Wade is a little less visibly prevalent on Twitter.