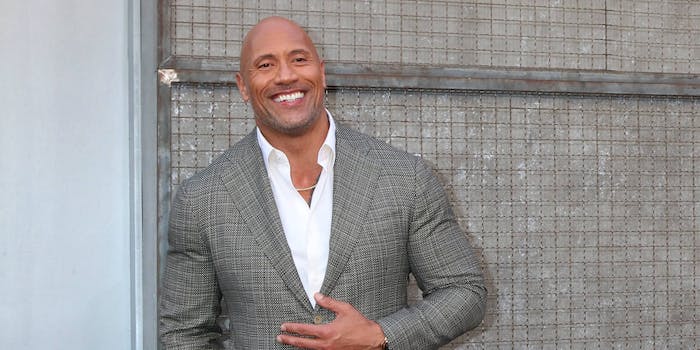 Dwayne Johnson, one of the biggest actors working in Hollywood right now, is throwing his support for Black Lives Matter and calling out Donald Trump’s leadership in a new video.

Johnson posted the nearly eight-and-a-half-minute video to social media early Thursday, where he voiced his frustrations. While Johnson never names Trump, the video is clearly directed at him.

“Where are you?” Johnson asked. “Where is our leader? Where is our leader at this time when our country is down on its knees, begging, pleading, hurt, angry, frustrated, in pain with its arms out, just wanting to be heard?”

Like many, Johnson (who once considered the idea of a presidential run) is upset about George Floyd, who died at the hands of a Minneapolis police officer, and the violent response toward people protesting against systemic racism and police brutality. He previously posted about Floyd’s death, where he called for more accountability once the officers involved were charged.

In response to outrage over the past several days, Trump has called for violence against protesters and had peaceful protesters teargassed so he could have a photo-op at a church near the White House.