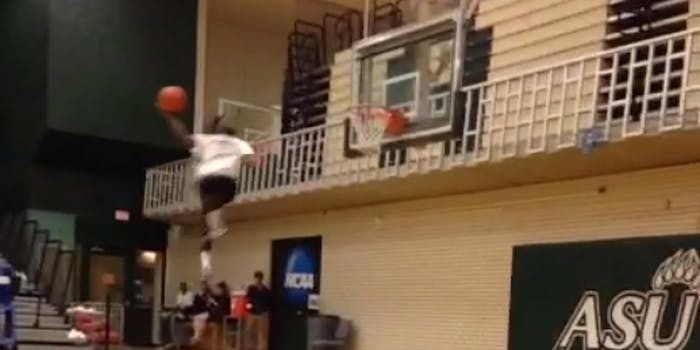 How to shut down a dunk competition in 6 seconds

The type of dunk you used to see Dominique Wilkins throw down during All-Star weekends.

We don’t know who this dude is, or where he learned to ball, but we do know that he’s 5-foot-9 with a vertical leap of about four and a half feet, and that he’s better than anybody in our newsroom at jumping four and a half feet into the air and simultaneously executing a 360-degree spin move that ends with a slam dunk.

Impressive stuff, the type you used to see Dominique Wilkins throw down during All-Star weekends. Here’s guessing, however, that Dominique never elicited someone to prance around like this dude did to the homeboy in black pants and white socks.