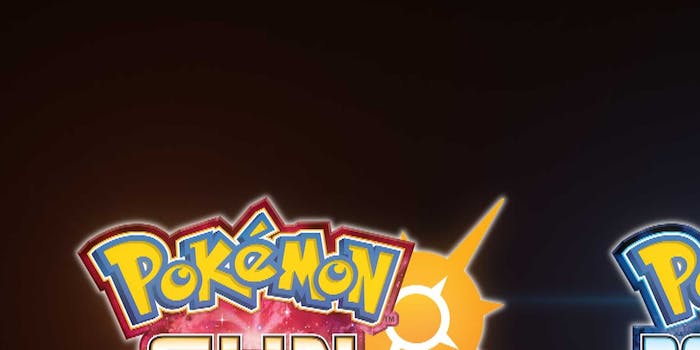 'Fun Home' should be required reading for Duke students—and everyone else.

A group of freshmen at Duke University is boycotting a critically acclaimed book assigned for summer reading because of its gay-themed content. The book in question is Alison Bechdel’s illustrated memoir Fun Home—which has recently been made into a Tony Award-winning musical. The memoir follows Bechdel’s relationship with her closeted gay father, who committed suicide after the then-19-year-old author came out to her parents as a lesbian. It’s a tough story to read, no doubt, but it’s a reality that many LGBT people face. The tender Bildungsroman features themes of acceptance, family, and heartache.

However, Fun Home also features Bechdel’s budding sexuality and depicts her relationships with other women, and for a few Duke University freshmen—who have admittedly not read the book—it’s too much for them to handle. “I feel as if I would have to compromise my personal Christian moral beliefs to read it,” student Brian Grasso wrote on the Class of 2019 Facebook page, citing the book’s “graphic visual depictions of sexuality.” Fun Home features all of two lesbian sex scenes—neither of which could truthfully be labeled “pornographic.” After all, one of the scenes depicts two women naked, chatting, and reading books.

Grasso and the rest of the freshmen boycotting Bechdel’s memoir would know this if they first read the book before condemning it. If these freshmen hope to never engage things that’ll challenge their sincerely held beliefs, they’re in for a big surprise, as academia is exactly the place to be challenged and look outside your worldview. This is particularly important at a time when same-sex couples are being denied their basic, Supreme Court-approved rights, simply because it violates the beliefs of conservatives.

Fun Home features all of two lesbian sex scenes—neither of which could truthfully be labeled “pornographic.”

In an essay for Quartz, Amber Humphrey writes that these students are engaging in the “antithesis of education.” “Education—especially higher education—obliges us to read, hear, and see things that we might not otherwise encounter,” Humphrey writes. “Anyone committed to learning must therefore engage with people, perspectives, ideas, and experiences that may at first seem strange, confusing, or problematic. Learning means we attempt to understand—it doesn’t mean we have to like everything we’re exposed to.”

Firmly staying inside their religious comfort zone will hinder these students’ growth both academically and spiritually. Academic settings—like nondenominational Duke University—are communal in part to gain from the knowledge that comes from coexisting with and often being challenged by fellow peers. The conversations that take place in a community help students learn not only with each other but also from each other—in part, by being exposed to the diversity of human experience, whether in terms of religion, race, or sexual orientation.

This is particularly important for this generation. More people are out now than ever—not only in books and movies but also in everyday life. Recent Gallup statistics show that 3.8 percent of the population identifies as LGBT, meaning the chances of knowing someone who is out and proud are highly likely. If you know 26 people, statistics show you likely know at least one. On a campus of 14,850, there are at least 564 out Duke students.

The freshmen students refusing to read Fun Home—and be exposed to authentic LGBT experiences—are swimming against the tide of queer acceptance, with LGBT people gaining increased visibility politically, in the media, and on the Internet in recent years. In GLAAD’s latest Studio Responsibility Index report, LGBT visibility in media is at an all-time high—17.5 percent of studio films in 2014 had at least one LGBT character.

While queer people’s lives include the same-sex intimacy that rattled the Duke students, our stories are about more than just sex (not that there’s anything wrong with sex). Through the queer experience, we see an overarching theme of learning to accept ourselves despite adversity. LGBT narratives include the unique challenges queer youth face in coming of age: through school bullying and in higher rates of suicide. These experiences might be particular to our community—but they’re also universal. In reading the stories of queer people, students might find some of their own lives and struggles reflected.

Firmly staying inside their religious comfort zone will hinder these students’ growth both academically and spiritually.

This bubble of ignorance that conservatives live in when they treat LGBT stories as “other” isn’t just bad for academics, however—it’s also dangerous to our country’s ongoing struggle for equality. Excluding LGBT people from one’s worldview means it’s easier to see them as less than deserving of empathy—or less than human. In recent years, florists and bakers have used their religious beliefs to deny services to queer customers. Sweet Cakes by Melissa, a bakery in Oregon, refused to bake a cake for a same-sex couple, whereas florist Barronelle Stutzman turned down a gay wedding in Washington.

But it’s not just about cakes—it’s also about human rights. In Kentucky, Kim Davis, a clerk from Rowan County, refused to give a marriage license to a same-sex couple, despite marriage equality now being law of the land. Davis was later sued by the ACLU and filed her own lawsuit against the state’s governor, Steve Beshear, asking her to uphold her “sincerely held religious beliefs” under Kentucky’s religious freedom laws. It’s not wrong to be a person of faith, but if anything, one’s religious beliefs should make you more willing to fight for those who are facing oppression—or engage with their stories.

As Slate’s Jacob Brogan points out, the people “refusing to read Fun Home are the ones who need it most,” and he’s right: Getting to know queer people—whether real or fictional—is important in humanizing LGBT people and doesn’t just help combat everyday homophobia. It’s crucial in lobbying for legal protections as well.

Jim Obergefell, a lead plaintiff in the historic Supreme Court case for marriage equality, believes that the simple act of sharing his story was a powerfully transformative one. “Our story just connects with people, it resonates and I think our story has helped people realize the LGBT community, which a lot of people for a long time [thought] it was this abstract kind of scary thing,” Obergefell said. “I think our story has helped people realize they’re just like we are.” In changing hearts and minds, we’re also building a more compassionate America.

In reading the stories of queer people, students might find some of their own lives and struggles reflected.

In her Quartz essay, Humphrey asks an important question of Duke’s student population: “Do they fear that their homophobia will become hard to justify once they’ve been confronted with it in such an honest and empathetic setting?” The answer is a resounding “yes.” Reading stories like Fun Home would force them to confront their “sincerely held religious beliefs” and make it harder to justify a world that—even in the wake of the SCOTUS decision—still treats LGBT people as second-class citizens, as John Oliver pointed out in a recent segment.

We cannot only engage stories that are reflective of the status quo, and in reading Bechdel’s coming-of-age story, it’s time for Duke’s students to do their own growing up.

Eliel Cruz is a contributor at the Advocate, Religion News Service, and Mic writing on (bi)sexuality, gender, religion, and media. His favorite vegetable is peanut butter. You can find Eliel on Facebook, Twitter, and YouTube.