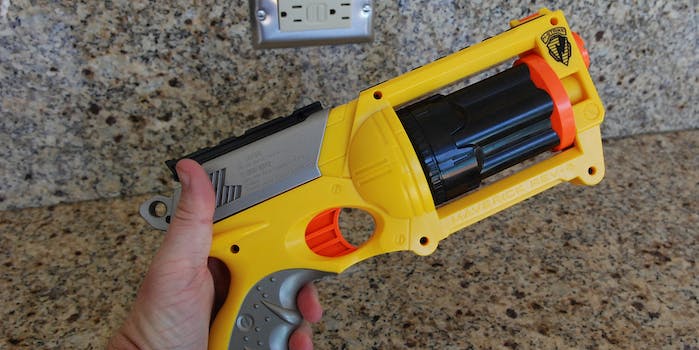 Dude launches Nerf gun darts at his dad every day, records his annoyance

If there’s one way to annoy your dad, this is it.

A guy named Tom repeatedly pummeled his father with Nerf gun ammo, then filmed his dad’s understandably annoyed reactions—everything from your classic “OWWWW” groan to the stern “Tom, stop it.” The best part is when Tom shoots a flurry of the darts at his dad while he’s just trying to eat and chill on the couch.

Though this parent seems to have taken it with a pretty good sense of humor, we’d imagine other dads would have grounded Tom’s ass by now.
H/T Mashable