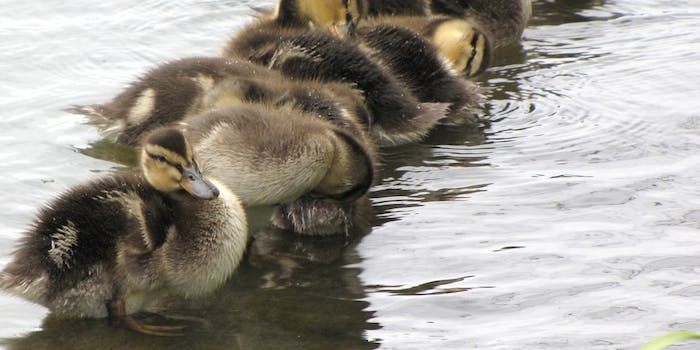 5,000 ducklings run to the water for their first swim

Watch these ducks rush toward the water and then spread out like the world’s cutest oil spill.

Almost as cute as the ducks themselves is the little girl in this video whose father has to keep grabbing her so she doesn’t run into the middle of a duckling stampede.We understand, little girl.  Who wouldn’t want to join this fluffy parade?