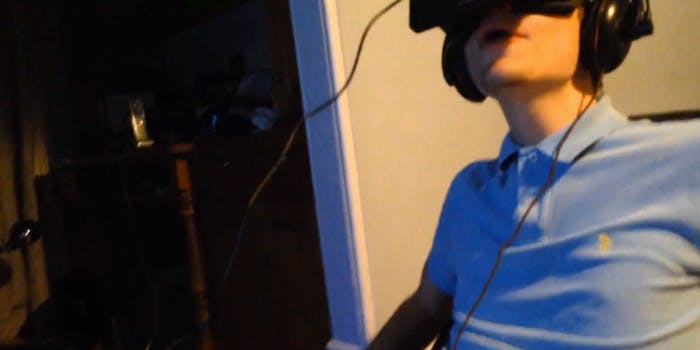 What happens when you combine a day of binge drinking and Oculus Rift? Well, it looks sort of like being on acid, apparently.

Gamer and YouTuber iPhoneK1LLA documented the effects of drinking and virtual reality, a.k.a. Drunkulus Rift, on one unfortunate soul who can’t quite seem to steady himself, and keeps “going backwards.” It’s making us nauseous just watching it.

About halfway through, he falls out of his chair, and the video blacks out. Sounds like art imitated life.