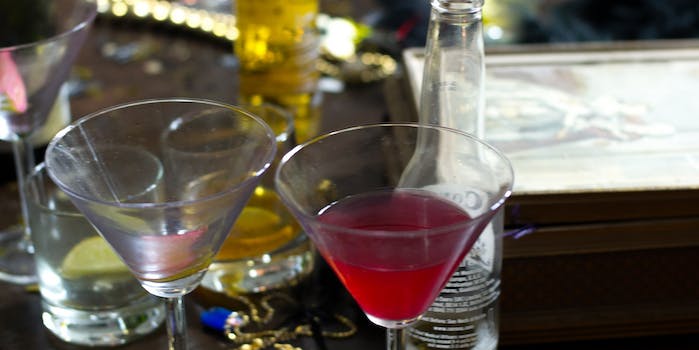 Staged or not, the "Drunk Girl" video making the rounds says a lot about how we interact with each other.

Editor’s note: Since the time this post appeared on the Frisky, subsequent revelations have shown that the video was staged. This is still an important piece that speaks to larger cultural issues relating to sexual assault.

The premise of the above “social experiment” video is to see how men would react to a visibly drunk woman in public. Spoiler: Four of five men attempt to take her to their homes. One helpfully attempts to get her to the bus stop she’s looking for.

The immediate reaction, for many people, has been to suggest that the video was staged, that the men are actors. Others have just said that it’s not necessarily staged, but it is obviously edited for content, which is true. The fact is that only a handful of the men who saw this woman actually approached her at all. Most of them went about their business. Marie Claire said, “We’re not comfortable with the way this particular ‘social experiment’ seems to suggest all men are predatory. They are not.” By focusing on the men who actually interacted with her, the video implies that roughly 80 percent of men react to drunk women in a predatory way. Say that maybe 50 or 60 men are actually present on camera in the course of the video—the vast majority just let her be.

That being said, I hate the knee-jerk reaction that this is outright staged. I don’t think it is. And for very personal reasons, it makes me uncomfortable that we want to see this as a lie. I was raped under these conditions. Not to get too much into the details, but the basic gist is this: I was pressured into drinking by a man I was supposed to be able to trust. He offered me a ride to my home, talked his way in on non-sexual pretenses, then proceeded to corner, threaten, and manhandle me, then rape me. Please do not ask me why I didn’t do such-and-such to protect myself, because that’s not relevant. I know better now not to trust anyone who hasn’t proven themselves to me over a long period of time, not to drink with people I don’t know very, very well, and I’m now constantly situationally-aware and ticking off a checklist in my head about how to physically defend myself if someone attacks me, whether or not I’m drunk. Regardless, he shouldn’t have leveraged my trust to isolate me so that he could rape me. That’s the bottom line.

So, to me, fine, say that the majority of men are not predatory assholes who will try to take advantage of drunk women at the first opportunity, because that is true. But don’t say that this isn’t a predictable and realistic reaction for some men. And don’t say that it’s not a goddamn shame that more of those men, and women for that matter, who respected the woman enough to not interact with her didn’t have enough compassion to at least make the attempt to get her to a bus, or sit her down in a restaurant and get her some food. Who knows? Maybe they did. But certainly, no one intervened when men started trying to take her to their homes. That’s what broke my heart the most about what happened to me: I was around other people who I knew, who knew better than I did that this person was sketchy, and no one who had better intentions than him saw what was happening and said, “Here, let’s go to the train, I’ll make sure you get to your door.”

Here are some better things you can do than nothing if you see a drunk woman: Get her to a hospital. Get her to an emergency clinic. Get her to a restaurant and buy her some fries. Get her to drink some water. As a last resort, call the cops—public drunkenness is arrestable, and even if cops can be shady, they still have a better sense of accountability than randos on the street. Doing nothing is fine, but doing nothing when someone is trying to take advantage of her—I don’t know. Personally, I would feel responsible. Because I know the worst can and often does happen.

I question the utility of this video, and of the entire concept of “social experiments” meant to boost someone’s clicks and views with absolutely no other stated purpose. I’m not sure what the argument is here—that men can be predatory toward drunk women? If the video isn’t part of a larger conversation the creator is holding about our sense of responsibility toward women, our attitudes of entitlement toward women, the fact that predators are opportunists, or our general lack of compassion and responsibility toward strangers, then the argument “some men are predatory” doesn’t stand on its own. But I will defend it as an accurate portrayal of male behavior that does happen, that does hurt people, women especially. I believe it. I know.

This post originally appeared at The Frisky, and was reprinted with permission.

Photo via MsSaraKelly/Flickr (CC BY 2.0)