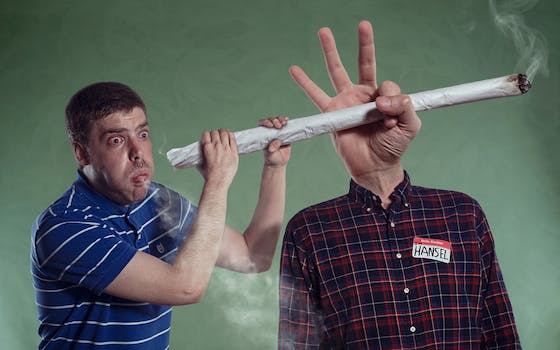 We should be sending drug addicts to the hospital, not putting them in prison

At a time when Americans are justifiably shown real stories of police violence and racial profiling, it’s important to give credit to the law enforcement officials working to change our current system of brutality. That’s why we should all be praising the Gloucester Police Department in Massachusetts for its bold new anti-drug program: Instead of hauling drug offenders off to the slammer, it will get them medical treatment.

“Any addict who walks into the Gloucester Police Department with drugs and the remainder of their drug equipment—needles, pipes, or other paraphernalia—and asks for help will not be criminally charged, Campanello said,” according to a news report by MassLive.com. “Instead, they will be steered into a treatment program to help them detox and recover.”

From a strictly medical perspective, this is both the morally and logically correct thing to do. After all, drug abuse isn’t a character flaw—it’s a mental illness. “Addiction changes the brain in fundamental ways, disturbing a person’s normal hierarchy of needs and desires and substituting new priorities connected with procuring and using the drug,” explains the official drug abuse site for the National Institute for Health. “The resulting compulsive behaviors that override the ability to control impulses despite the consequences are similar to hallmarks of other mental illnesses.”

Instead of hauling drug offenders off to the slammer, it will get them medical treatment.

In addition to drug addiction being a mental illness in its own right, it is also particularly prevalent among those with pre-existing psychological disorders. A study by the National Bureau of Economic Research discovered that patients with mental illnesses are responsible for the consumption of 38 percent of alcohol, 40 percent of cigarettes, and 44 percent of cocaine (note how only one of those substances is illegal). When the numbers are adjusted to include past as well as those currently suffering from a mental illness, they increase to 69 percent for alcohol, 68 percent for cigarettes, and 84 percent for cocaine.

Meanwhile, Advances in Psychiatric Treatment determined that close to half (48 percent) of all opiate users have experienced depression at some point in their life. While it’s challenging enough to recover from that condition when you’re sober, the odds become incredibly slim when it’s combined with an addiction to heroin or another narcotic substance.

There are also socioeconomic factors to take into consideration when shaping drug policy. “Research suggests that there is a strong association between poverty, social exclusion, and problematic drug use,” writes the Drug and Alcohol Rehab Asia. “Those who are unemployed, particularly long term unemployed, in poor or insecure housing and are early school leavers have a higher rate of substance abuse than those who do not fit into those categories.”

In America, there is also a distinctly racial aspect to how we enforce our drug laws. “African Americans comprise 14 percent of regular drug users, but are 37 percent of those arrested for drug offenses,” explains Drugpolicy.org.

In an editorial for the Huffington Post, the National Council of La Raza, the largest Hispanic civil rights group in the United States, laid out the problem more clearly. “Today, 1 in 15 of black men and 1 in 36 of Latino men are imprisoned, as compared to 1 in 106 of white men,” resulting in non-white Americans comprising 60 percent of the prison population, despite constituting only 30 percent of America as a whole.

In America, there is also a distinctly racial aspect to how we enforce our drug laws.

This is due in large part to how our drug laws are enforced: “20 percent of whites have tried cocaine, while only 10 percent of blacks and Latinos have used it. Whites also use marijuana, painkillers, meth, and other drugs at higher rates than people of color—and yet black individuals are arrested for drug possession more than three times as often as whites are.”

In short: Drug addiction is a sickness, social as well as physical. While no mainstream law enforcement policymakers are arguing that drug addicts who commit non-drug related crimes should be left off the hook, it stands to reason that those whose sole offenses are drug-related should not be treated like criminals.

This would hardly be the first time America has made great strides forward in its treatment of prevalent mental illnesses. During the 18th and 19th centuries, Americans preferred the institutional inpatient care model for treating psychological disorders. While this theoretically provided patients with round-the-clock care, these facilities were usually underfunded, understaffed, and rife with complaints of human rights abuses and substandard living conditions.

Despite the reform efforts of activists like Dorothea Dix in the 1840s, improvements in our treatment of mental illness didn’t become widespread until the middle of the 20th century, when deinstitutionalization and outpatient care became more common thanks to three factors: our increased understanding of the physiological roots of mental illness, and the benefits of antipsychotic drugs, and a consequent lessening of the stigma associated with these types of afflictions.

Of course, even with our increased knowledge about mental illness, we still have a long way to go. Deinstitutionalization has resulted in a host of problems of its own, and conservative political leaders like President Ronald Reagan have increased the likelihood that the mentally ill will wind up homeless or impoverished thanks to their tendency to slash programs intended to help sufferers of psychological disorder.

These facilities were usually underfunded, understaffed, and rife with complaints of human rights abuses and substandard living conditions.

While we have come a long way from the days when skull drills and leeches were frequently used as “remedies,” the mere fact that we still demonize drug users as criminals shows that we have a lot of work to do.

That’s why it’s all the more imperative for humanitarians to applaud those who are willing to think outside the box and take bold steps to helping victims of drug-related mental illnesses. Appropriate initial steps have already been taken with the growing online movements to legalize marijuana and scale back the scope of the war on drugs.

That said, when Gloucester Police Chief Leonardo Campanello declared to a town forum in Essex County that his department was “poised to make revolutionary changes in the way we treat this disease,” he was doing more than simply explaining how he planned on fighting a particularly prevalent crime. He was placing himself, as well as the men and women who courageously serve under him, squarely on the right side of history.

Matt Rozsa is a Ph.D. student in history at Lehigh University, as well as a political columnist. His editorials have been published on Salon, the Good Men Project, Mic, MSNBC, and various college newspapers and blogs. I actively encourage people to reach out to me at [email protected].

Photo via MattysFlickr/Flickr (CC BY 2.0)