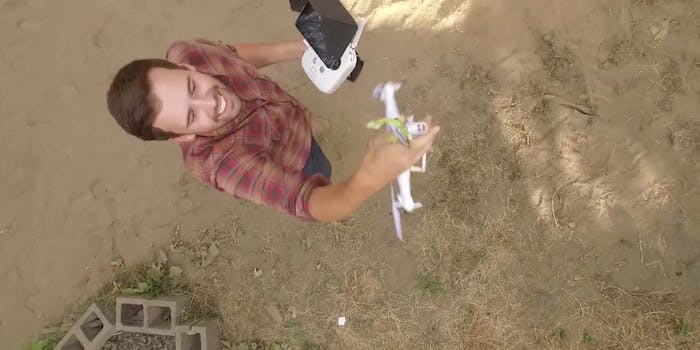 Man rescues his old drone with his new one

Lost your drone in a hard-to-reach location? No problem—just enlist another drone.

When YouTube user Harrisen Howes’ drunk roommate stranded his drone on a neighbor’s roof, Howes had the perfect solution: He launched his other drone on a rescue mission.

Using hooks made from coat hangers, Howes successfully captured the old drone and flew it to safety. To add some drama, the resulting video has an epic soundtrack from the movie Interstellar.