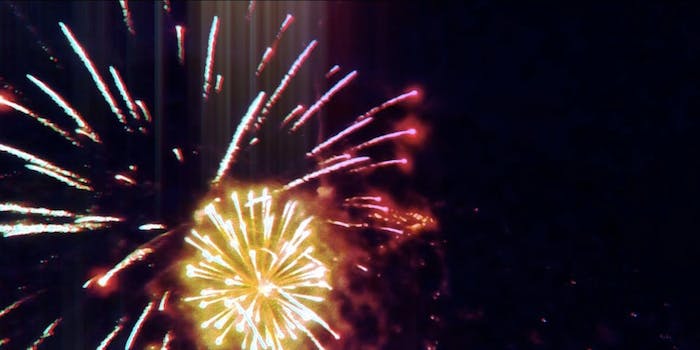 Watching fireworks from a drone’s perspective changes everything

There’s no reason for there to be fireworks in April, but with a view like this, who cares?

There’s no reason for there to be fireworks in April, but with a view like this, who cares?

Here’s some video taken by a drone flying through a fireworks display, posted by a Vimeo user who writes only, “My buddy decided to take his Phantom and fly it through some fireworks. This is the result.” (We reached out to the user for some explanation.)

It’s pretty cool, although no doubt a large part of what makes it so cool is some decent editing work. But let’s not even begin to discuss how footage like this papers over the surveillance threat that drone technology, if it is not properly regulated, poses towards an unsuspecting and even enthusiastic public. A possible case in point: here’s how you can simply 3D-print your own drone.

Also I don’t understand why the video editor didn’t use an Explosions in the Sky song.