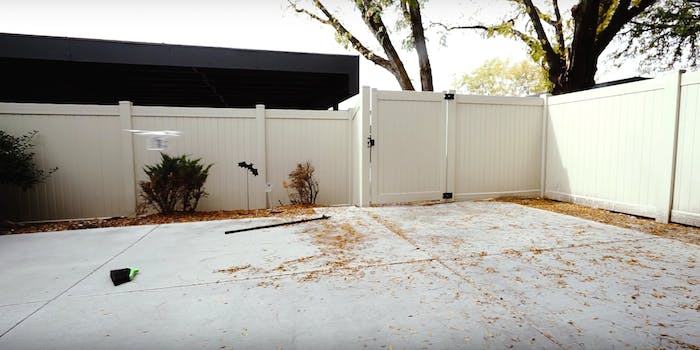 World’s most helpful drone cleans leaves off of patio

Why rake your leaves when you can just clear them with a drone?

Mike Schreurs’s broom kept breaking on him as he tried to sweep up the leaves on his patio, leaving him with a few options. He could buy a higher-quality broom or rake, he could use a leaf blower, or he could get creative.

All we need now is a way for the drone to then put those leaves in a bag.