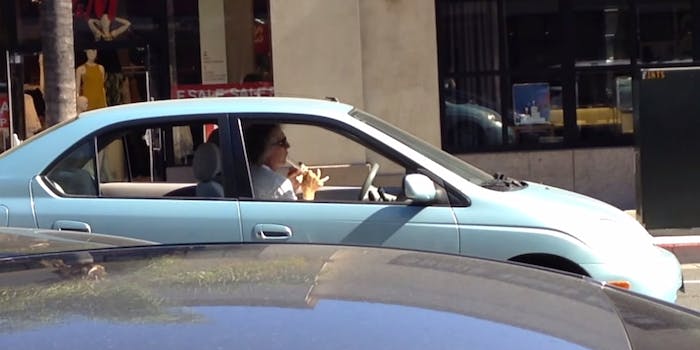 Driver passes time in traffic by jamming out on recorder

Traffic’s a nightmare to sit through, so one driver brought out his inner Ron Burgundy to pass the time.

With ZZ Top’s “La Grange” playing on the radio in one of the cars, this man rocks it with a recorder like we never could when we took up the plastic instrument.

There’s a cop car behind him, but he couldn’t care less.

He might be the only person on the road who’s disappointed about having to drive once the light turns green.