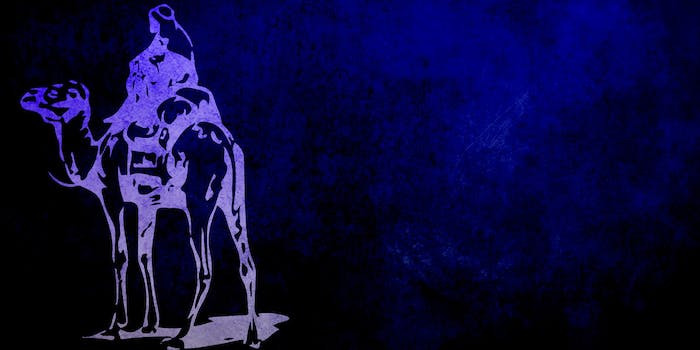 When two federal agents were arrested for stealing from the government and Silk Road, the news did not come as a surprise to Joshua Dratel.

The lead defense attorney for recently convicted Silk Road mastermind Ross Ulbricht, Dratel knew about the corruption investigation for months but was forced to “sit on” it through months of pre-trial hearings and the two-month criminal trial earlier this year that saw Ulbricht found guilty of seven felonies for operating the online black market.

“The government’s considerable efforts at keeping this monumental scandal from being aired at Ross Ulbricht’s trial is itself scandalous,” Dratel said in a statement to the Daily Dot.

On Monday, the U.S. Department of Justice announced the arrests of former Drug Enforcement Administration (DEA) agent Carl Force and former Secret Service agent Shaun Bridges for charges related to their alleged theft of bitcoins from Silk Road. Force and Bridges played key roles in gathering evidence against Ulbricht while undercover, including the orchestration of a fake murder-for-hire scheme for which Ulbricht is still awaiting trial in Maryland.

Dratel said he was forced to stay quiet on the issue of the investigations into Force and Bridges, judgements that Dratel says kept the jury ignorant of the ongoing investigation as well as what Dratel called other “valuable defense evidence.”

The revelations, he insisted, cast doubt on the entirety of the Silk Road trial.

“It is clear that Mr. Force and others within the government obtained access to the administrative platforms of the Silk Road site, where they were able to commandeer accounts and had the capacity to change PIN numbers and other aspects of the site,” Dratel said, “all without the government’s knowledge of what precisely they did with that access.”

At the heart of Dratel’s arguments during Ulbricht’s criminal trail was that much of the government’s key evidence—text documents and spreadsheets, for instance—could not definitively be linked to Ulbricht, who went by the pseudonym Dread Pirate Roberts (DPR) while operating Silk Road, according to federal prosecutors.

DPR’s $100,000 payment to a law enforcement agent—now revealed to be Force, the DEA agent who allegedly stole the money for himself—in exchange for information about the investigation that was kept secret; the ramping up of the Silk Road investigation in mid-2013; and “the creation of certain evidence at trial, such as the 2013 journal that conveniently begins—again—in spring 2013, after the corruption alleged in this Complaint ripened,” as Dratel described it, seems to strengthen the arguments of doubt and skepticism that the defense attorney sought to make but could not.

When Dratel asked to adjourn the case until the corruption investigation was done in the near future, he was denied. Dratel outlined in great detail how he says the government deliberately kept the information secret, first from the defense then from the jury. He explains:

In addition to keeping any information about the investigation from the defense for nearly nine months, then revealing it only five weeks prior to trial, and then moving to keep sealed and secret the general underlying information so that Mr. Ulbricht could not use it in his defense at trial, and then stymying the defense at every turn during trial when the defense tried to introduce favorable evidence, the government had also refused to agree to the defense’s request to adjourn the trial until after the indictment was returned and made public—a modest adjournment of a couple of months, since it was apparent that the investigation was nearing a conclusion.

The government also “failed to disclose previously much of what is in the Complaint, including that two federal law enforcement agents involved in the Silk Road investigation were [allegedly] corrupt,” Dratel argued.

“Consequently, the government improperly used the ongoing grand jury process in San Francisco as both a sword and a shield to deny Mr. Ulbricht access to, and use of, important evidence and a fair trial.”

Update 8:44am CT, March 31: The article has been edited for clarity.