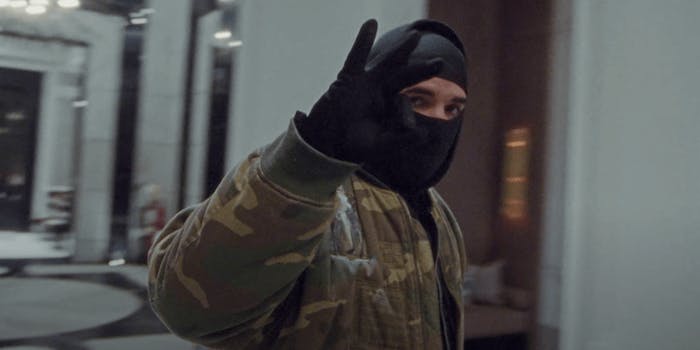 Drake also announced his new album will drop in summer 2020.

Drake fans are eating good today, as the rapper dropped a new mixtape last night and announced a release timeframe for his next studio album.

At midnight, the Toronto MC released Dark Lane Demo Tapes, a 14-song collection featuring guest performances from Playboi Carti, Future, Young Thug, and more. The tape also includes Drake’s chart-topping “Tootsie Slide,” which became a TikTok sensation last month. All of this should tie fans over until the 6 God releases his new studio album this summer, his first since 2018’s Scorpion.

One of the most highly anticipated tracks on Dark Lane Demo Tapes was Drake’s long-rumored Playboi Carti collaboration, “Pain 1993.”

Unfortunately, many listeners were less than impressed with Carti’s nonsensical baby-talk verse.

Carti verse aside, fans seem pretty happy with Drake’s latest project. Listeners may be stuck inside for the time being, but if that changes by midsummer, you can count on Drake lyrics adorning Instagram captions for as far as the eye can see.