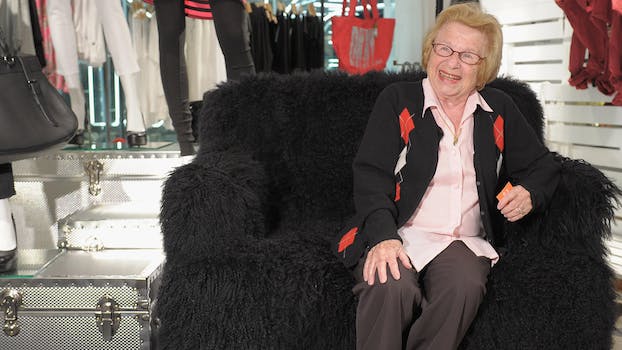 The 42 biggest news events of 2012, via Dr. Ruth’s sex-obsessed Twitter

Dr. Ruth explains the biggest events of the year with an eye toward the important things in life.

“I’ll use any excuse to teach new positions & give advice,” tweeted the popular sexpert and Holocaust survivor Dr. Ruth Westheimer earlier this year. And so it was: when she wasn’t tweeting about queefs, the rhythm method, the amount of sperm in precum or encouraging men to paint their pensies to coordinate with the holidays, Westheimer twisted current events into excuses to espouse her pro-sex agenda. She writes like a fortune cookie, but at 84 she’s never been as wacky or unmissable. Come, let’s recount some of the biggest news stories of 2012 with some punny sex advice shoehorned in.

Obama delivered the State of the Union:

The Giants won the Super Bowl:

There was a solar storm:

The shooting of Trayvon Martin inspired lots of hoodie discourse:

50 Shades of Grey came out: 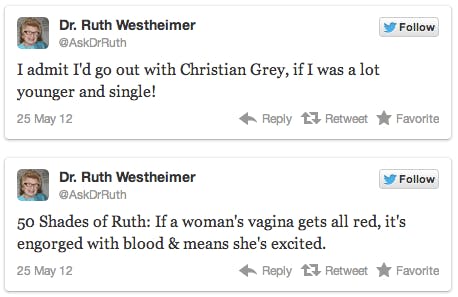 There was a solar flare: 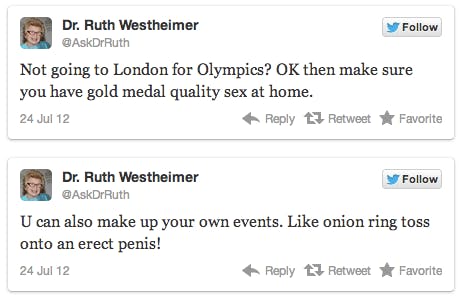 We had a very hot July: 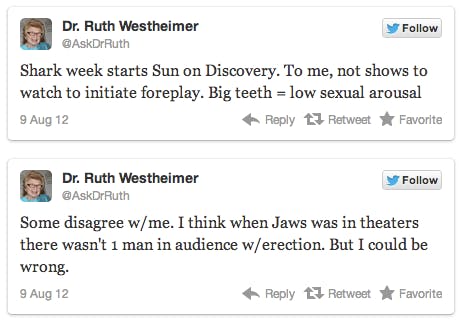 FEMA prepared us for a zombie attack:

The soft drink debate heated up:

The iPhone was released:

A presidential debate was held: 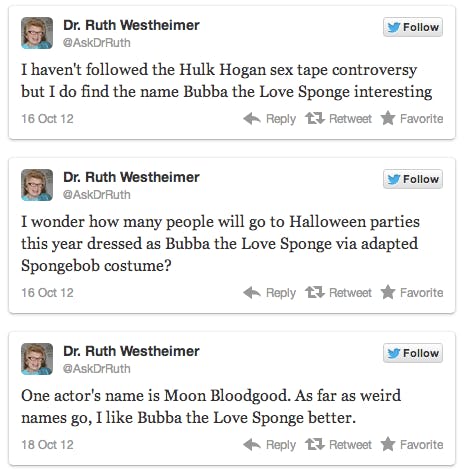 The Mars Rover made a discovery:

The fungus in your cheese had weird sex: 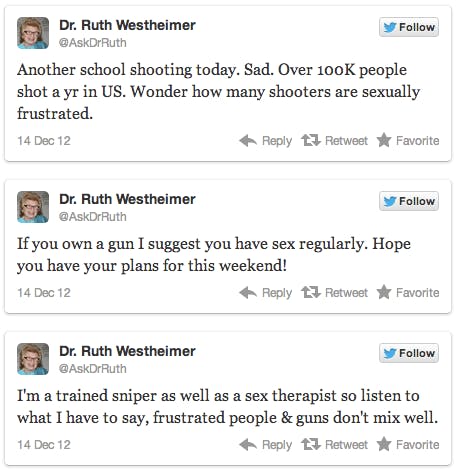 By Rich Juzwiak // Image via Getty