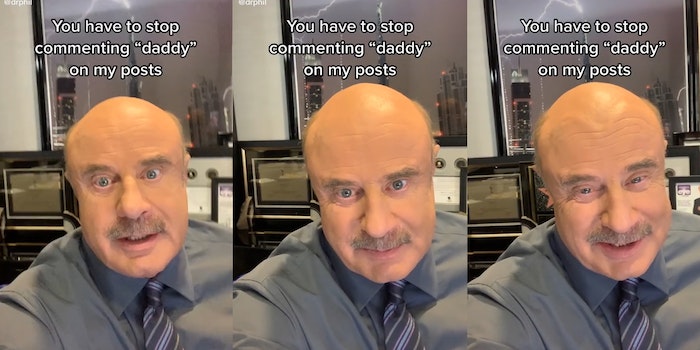 Dr. Phil is begging his TikTok followers to stop calling him ‘daddy’

The TV doctor has apparently been learning a lot in quarantine.

Dr. Phil has one of the most interesting cases of his career on his hands: Confronting fans calling him “daddy” on TikTok.