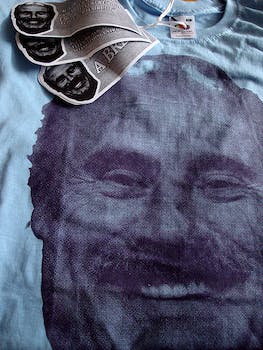 We’re not sure if you can sue successfully sue someone for spoiling a news story, but Dr. Phil is going to try.

Dr. Phil McGraw—or, at least, Peteski Productions, which owns the right to his show—is bringing a copyright lawsuit against Deadspin and its parent company Gawker Media. It charges that Deadspin aired a clip of the Dr. Phil show before many of its viewers got a chance to see it—and even worse, it spoiled the content of the show, keeping viewers from bothering to tune in.

The copyright dispute centers around Manti Te’o, the former Notre Dame linebacker who was allegedly “catfished” into a relationship with a fake long-distance girlfriend, voiced on the phone by a man named Ronaiah Tuiasosopo. Deadspin famously broke the story that the girlfriend had never existed, long after nearly every major media outlet had reported Te’o struggling with her “death.”

According to Peteski’s lawsuit, which was obtained by the Hollywood Reporter, Deadspin engaged in “a premeditated plan to steal Peteski’s copyrighted material”.

That material? It’s Ronaiah Tuiasosopo, supposedly the master of the whole hoax, performing that feminine voice on air at Dr. Phil’s coaxing. Dr. Phil had Tuiasosopo on for two straight episodes, and wanted to keep it a secret whether the young man would be game to do the voice on day two. (Spoiler alert: He was.)

Peteski takes particular offense that Deadspin posted a recording of that episode at 10:29 AM on Feb. 1, the day it aired. (It’s still up as of this writing.) Dr. Phil’s show airs at different times throughout the day, with at least one market showing it at 9:00 AM (though most areas see it later). According to the suit:

“Although the second show was expected to exceed the ratings number of the first show, in fact, the ratings declined substantially because the result of  the “CLIFFHANGER” was no longer in doubt. It had been misappropriated by Deadspin.

Deadspin’s story raked in just over 100,000 pageviews. While numbers for that exact episode are unavailable, Dr. Phil’s show got more than 4 million viewers that week in syndication alone, according to TV By the Numbers.

Throughout its complaint, Peteski accuses Deadspin and Gawker of being “serial copyright infringers,” citing behavior common on most online news sites. “[O]ne of Deadspin’s features is ‘Wake Up Deadspin’ which results from Deadspin’s ‘comb (of) the best blogs and broadsheets for sports news to start the day,’” Peteski claims. However, that feature is something no news site would oppose: a morning links roundup, reproducing single paragraphs of stories. They’re labeled “read me,” and each one links to the original, full article.

“[W]ith reckless disregard for Peteski’s legal rights, [Deadspin] imbedded (sic) a video of Episode 2 in the blog and headlined it onto their website. Gawker deliberately set out to get ‘the jump’ on the rest of the country and ‘scoop’ Dr. Phil with his own content,” Peteski said of their followup to the story Deadspin broke. “They did not earn that right, they stole it.”