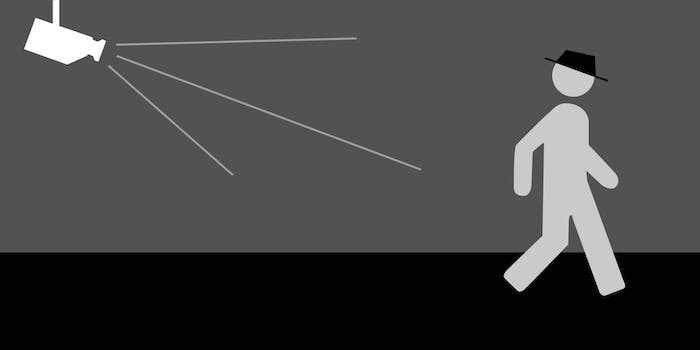 We're caught in a security race, and we can't opt out

Around the world we have suddenly become aware that on the Internet, someone is always watching. We tell the Internet so much already. Our thoughts, our relationships, our most secret desires. Just as we already quantify our exercise and our eating on our phones with RunKeeper and Calorie Counter, we are also beginning to network our homes with Nests and Playstation 4s, soon, there will be almost no aspect of our lives that is not actually on the Internet.

Where does all that data go? Because it goes somewhere. In a way, data is the exhaust of the Internet-enabled life, and just like CFCs and CO2, the exhaust doesn’t just disappear.

In fact, there are whole industries that survive by consuming that exhaust. They’re the algae of the Internet, I guess.

On the one side, there are the snoops, and on the other, there are the crooks. The rest of us are stuck between them, but we’re the ones who may get trampled.

At one end of the snooping spectrum, you’ve got the relatively benign ad companies, such as Google.

The Internet search company agreed to pay $17 million earlier this week to settle a lawsuit with 37 states and Washington ,D.C. These state governments were suing Google for bypassing the security settings on iPhones between June 2011 and February 2012 so that it could track users’ behavior.

Of course, Google is expected to make about $47 billion this year, so I can’t imagine that either Larry or Sergei has lost any sleep over that $17 million.

It begins to feel as though these governments are simply outclassed and outgunned by the Internet behemoth that now rivals an oil company in its scope of profits and power.

And what did Google want to do with its clever tracking on your phone? Well, it’s hardly up there with spilling millions of gallons of oil on coastal wildlife. According to the company, it just wanted you to be able to “plus one” an ad.

Of course, there are a couple dozen companies you’ve never heard of that also are trying to track you for advertising purposes, and they’re probably slightly less benign than Google.

And, for you whiners out there, rest assured that the NSA would never, ever, ever use the information it collects for anything other than national security purposes. Unless you’re dealing or using drugs or evading your taxes—though, to be fair, you really shouldn’t be doing those things. And unless you ever dated anyone at the NSA. Which you really shouldn’t do either.

Still, we should just hope that the Russian government isn’t as good with computers. Putin won’t even let you bring an iPhone to a sporting event.

Easy (and fun) as it is to poke fun at the security and surveillance apparatus that has grown up around the Internet, it is serious business.

Just as on the one hand, the U.S. government has deemed the world’s favorite cryptocurrency, Bitcoin, totally legit, the criminal set has decided the same thing. The currency has been hit with one1 million-dollar heist after another.

The business press is constantly obsessed with the disruptive effects of the Internet on a range of businesses, whether it’s financial services, retail, the media, or any of another dozen industries. But we’ve largely ignored the fact that organized crime must be being disrupted just as much.

And that disruption is a “Blue Ocean” opportunity. Even the cops are completely unprepared to deal with Internet-enabled organized crime.

Police in Swansea, Mass. lost access to their own computers when a virus called CryptoLocker took them over, demanding payment—of 2 bitcoins, about $750. The police gave in to the shake down and paid right up.

They’re hardly alone, of course. Recently, in less than a week, CryptoLocker hit more than 10,000 computers. At $750 a pop, that turns into real money. It’s become so big that there’s now a convenient late-payment option (it goes from 2 BTC to 10), just like your property taxes.

So it’s not like the security folks have no motivation, and in most cases, actually, there’s a lot of evidence that the law-and-order types are quite simply out of their league.

And that leaves the rest of us stuck in the middle, both monitored and targeted. And we’re late to the party. This has been going on for a decade and we didn’t really notice.

Now that we’re at the party, however, we have the opportunity to do something about it. This has all happened before, in a way. The snooping these days sounds a lot like the FBI’s abuses under J. Edgar Hoover. We haven’t hit McCarthyism with it yet, but we shouldn’t be surprised if we do, and we shouldn’t expect the J. Edgar Hoover types to self-regulate. This is just what security services do, as David Meyer at GigaOm eloquently pointed out.

As each new wave of technological innovation comes along, security services and criminals adapt. Hoover took advantage of wiretaps and long-distance listening devices. The Soviets took it even further, and international crime syndicates emerged right alongside the multinational corporation. 1984 imagined where it all went if you took every technological advance in the age of mass communication as far as they could go, in service of the police state.

But it never did quite come to that, because somewhere along the line (after Hoover died) we stepped back from that brink. We reaffirmed due process and individual rights.

Fittingly, the Internet itself is, as far as I know, a product of that earlier security race. The idea of building a decentralized, peer-to-peer network was a response within the U.S. Department of Defense to the Soviet threat. Security planners realized that the Soviets could take down American communications if they were centralized systems, as existing systems were.

And it has brought us to a similar brink. As we confront it, many have been quoting Ben Franklin on the trade-off between security and liberty. But I’d like to bring up a different favorite quote of mine. It doesn’t really matter who said it, except that he was a major figure in the arms race, and I think the point was as relevant in the Cold War as it is now.

“Freedom is never more than one generation away from extinction. We didn’t pass it on to our children in the bloodstream. It must be fought for, protected, and handed on for them to do the same, or one day we will spend our sunset years telling our children and our children’s children what it was once like in the United States where men were free.”