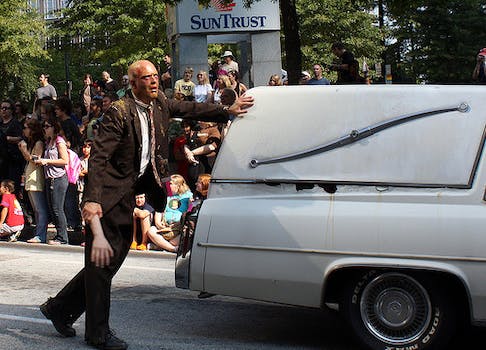 Michael Arrington and Carol Bartz's surprise ousters remind me of a popular game.

The surprise ouster of a major Internet media property’s leader this week has transfixed bloggers.

I’m talking, of course, about Yahoo CEO Carol Bartz. Who did you have in mind?

His formal entry into the world of venture capital, after dabbling in investing for years, offended Arianna Huffington, his nominal boss at AOL, which bought the site for a reported $30 million last year, and she fired him. Arrington subsequently threatened to quit.

Here’s what interests me: According to site-traffic tracker Compete.com, TechCrunch’s monthly audience has dipped below 1 million, down 55 percent in a year. (It wouldn’t be the first mismanaged AOL acquisition.) Yahoo’s traffic, meanwhile, is actually growing steadily, by the same measure. No wonder Arrington is offering to buy back TechCrunch from AOL: He probably expects to get a discount from the price he charged.

My buddy list has been exploding with people desperate to talk about Arrington, who has long fancied himself a kingmaker among consumer Web startups — a tiny segment of the investing universe. Bartz? No one seems to care, despite the fact that the empire she oversaw touches vastly more lives.

I’m beginning to think that bloggers are just plain bad at math.

“I am TechCrunch and TechCrunch is me,” Arrington bombastically declared to the New York Times. And you know what? Most people in the world haven’t heard of either of them.

Garlinghouse may not be in Kansas anymore, but he has a Dorothy Gale-like habit for getting sucked into tech twisters. He now works at … AOL.

Bartz’s downfall? While she talked a good game, and was famously profane in media interviews, she never displayed much enthusiasm for Yahoo’s products. Where was her Flickr photostream, for example?

Her farewell email to the troops didn’t even tout Yahoo Mail. Instead, it informed us that it had been sent from her Apple iPad.
…

If anyone deserves to reclaim the helm of a site they created, it’s Alexis Ohanian, cofounder of Reddit, the social news site. Yesterday, he took a step in that direction, joining a newly formed board of directors for Reddit.

The site remains wholly owned by magazine publisher Condé Nast, but it’s now an independent business within its parent company, which could ease the way for a spinoff, outside investment, or new ownership.

But I think Ohanian’s formal return, two years after he left the site, is the real story. Where other sites’ communities curdle into nastiness, Reddit maintains a hopeful striving for its own betterment—for “sucking less,” as Ohanian puts it—that owes much to its creator. That’s Reddit’s greatest asset, but I’m not sure you’d see it on any balance sheet.

Here’s one guy who’s making the world suck less. Luke Boroughs, a 22-year-old college student, turned some foam and his enthusiasm for the zombie-shooter game into a real plush toy. That authentic passion is far more appealing than ginned-up controversy. And I think of the childish enthusiasm a friend’s son showed for setting up his peashooters and watching the zombies fall. It may be a simple pleasure, but it’s no less real.

Perhaps the repetitive rhythms of that game serve as a metaphor for the latest Web-media shenanigans. I just don’t know who are the plants and who are the zombies.