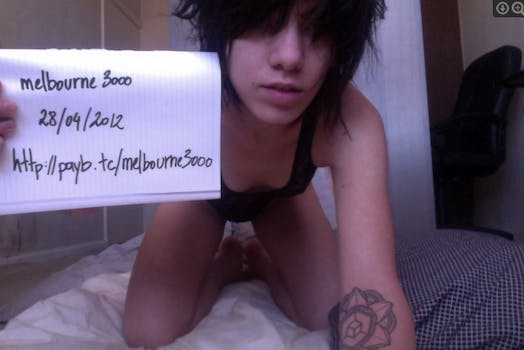 The site made him the “most hated man on the Internet.”

Eventually, however, Moore shut down the site, citing legal problems, media frenzy, and burn out.

You really can’t talk about smut online these days without talking about Michael Brutsch.

Brutsch, until recently widely known as Violentacrez, was the influential Reddit moderator behind many of its most notorious subreddits—many of which were highly sexually charged. One popular subreddit encouraged users to post sexy or revealing pictures of women taken without their knowledge or consent. Another was the home of similar photos of girls who were or appeared to be underage.

A few weeks ago, Adrian Chen at Gawker posted Brutsch’s true identity, a revelation that has been called (somewhat oddly) the tech story of the year. Brutsch was covered far and wide. He eventually apologized on CNN and lost his job.

Yet despite Brutsch’s apology, he doesn’t think he’s done anything wrong. Earlier this week, he briefly reappeared on Reddit. A redditor, discussing the events, wrote, “Violentacrez was a scumbag. He did something wrong.” Brutsch responded, “Really? Care to elaborate?”

Brutsch, she wrote, broke the two ironclad rules of adult entertainment: age and consent. And therefore no self-respecting pornographer would have anything to do with him.

The truth is that amidst all the social turmoil around race, gender, sexual orientation, social and economic justice, nationalism, and international conflict from the ‘50s to the ‘70s, men like Hugh Hefner and Larry Flynt pushed the bounds of sexual taboos—taboos that had loosened only slightly since the Victorian era.

That is not always a good thing.

Amanda Todd, a Canadian teen, flashed her breasts in a video chatroom with a stranger. He tried to get her to show more, threatening to expose her (literally) to her friends and family. Whether she complied or not, he did expose her, setting off a cycle of abuse and bullying that ultimately led to her suicide.

What is especially disturbing is that men like the one who persecuted Todd are not only common, but they have formed their own online communities, where they trade secrets and celebrate their “successes.” Some members of these communities claim victims in the hundreds.

Arguably, expanding sexual freedom is a good thing. It has contributed greatly to the environment that has led to the sex-positive movement and enabled us as a society to rethink what constitutes a healthy relationship with sex. We have, I would argue, made some progress since the Victorians, but we’re still far from liberated. So the sexual revolution afforded by the Internet can be a good thing. But not all sex is good. Just as we decide what new sexual norms we will accept, we must also decide those which we will absolutely not.

Violentacrez, when he was brought out into the light of day, has been roundly rejected. But Hunter Moore has as many fans as he has haters. Many don’t even resent their pictures being posted without their permission. Moore, by breaking one of our two biggest sexual taboos, has become a symbol of the new sexual liberation. Of course, he’s also much cuter and more age-appropriate than Michael Brutsch.