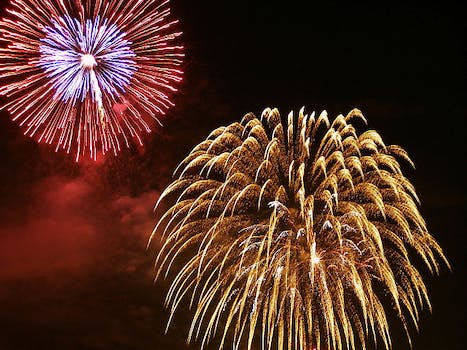 The Internet in 2012: Our finest dreams and worst nightmares

The Internet in 2012 showed us the best and the worst of human nature, from Violentacrez and the bronies, to a wellspring of political ideas and outpourings of support and generousity.

As we all now know, on the Internet, no one is alone. No matter how fringe your interest, no matter how unusual, there is a community on the Internet dedicated to it. If there was a theme to 2012, that was it. If you can dream it up, it’s out there. For better or worse.

I can think of no better exemplar of this phenomenon than the grown-up (largely) men who are fans of My Little Pony, a.k.a. the bronies. Bronies exploded onto the world stage this year, reaching such a level of renown that even WalMart has taken notice, adding a My Little Pony t-shirt to its 9,000+ locations.

The bronies, of course, insist that their interest in the cartoon characters is not sexual in nature. But sex is part of this phenomenon, as the My Little Pony-themed sex toys clearly show. In a way, this is the bleeding edge of the Internet. We’ve all heard (and many more than you think have experienced for ourselves) about the existence of groups dedicated to varied sexual proclivities that are not mainstream. The fact is, as absurd or strange as this may seem, it’s only natural. The stigma associated with sex in our society—and for those with rarer sexual interests —is relaxed online.

The surprising boom of the brony world shows that this is not just for the sexually marginalized. Whatever your interest, explicit or innocent, the friends you haven’t met yet are waiting for you online, and they may be legion.

But the ability to find common interest of any kind, no matter how seemingly fringe, does not come without its price. One of the biggest stories of the year was the doxing (e.g., the exposure of the real life identity) of Violentacrez, one of Reddit’s most influential users. Violentacrez was a leader of forums that specialized in morally gray material like revealing (and unaware) shots of women in public places, or pictures of underage girls in suggestive poses.

Ultimately, Violentacrez’s contributions are mild compared to what else exists out there. Several teens this year committed suicide after they were blackmailed and bullied online. Amanda Todd, for example, took her shirt off during a cam session with a stranger. She was an insecure teen; he kept telling her how beautiful she was. The man videoed the session and eventually exposed Amanda to her friends and family and many, many more. After two years of abuse online and off-, Amanda killed herself.

The most disturbing part of the entire, horrific episode is the underground community of blackmailers that the incident exposed. Hundreds of men, like the one who blackmailed Amanda Todd, gather in online forums to trade tricks and boast about the teens they’ve blackmailed. They’ve even published a magazine and a YouTube show. One member of such a group boasted of more than 100 victims.

Sharing cybersex extortion exploits is the most twisted version of searching for “stupid Internet points,” but this year, we have learned that fake Internet points are a powerful force indeed. Many of the biggest stories of the year centered around this fakery.

Big companies are far from immune. Respectable publications, including The Atlantic and Businessweek, have been at the center of scandals on Reddit, as some of its most active users have sought to monetize their influence by selling posts to publishers. Major companies such as  Universal and Sony have had billions of views struck from their YouTube videos. Even our leaders have succumbed in some ways—as many as 75 percent of the president’s followers on Twitter are fake or inactive. You can even buy 1,000 Pinterest likes for just five dollars.

The most amusing version of cheating for stupid Internet points comes by way of the individual user on YouTube. Earlier in the year, a number of young women built a cottage industry out of cleavage. The so-called “reply girls” left inane, rambling video comments on as many other YouTubers’ videos as they could. With the camera focused on their low-cut tops (and some good tagging), the videos drove a lot of views. Active members of the YouTube community hated the videos, which were surely not substantive contributions to the community. Eventually, the community outrage grew so strong that reply girls were largely driven on to new pursuits.

For some years now, the Internet has also been the bleeding edge of political innovation, and this seems to evolve faster and faster with each passing year. The biggest political story of 2011 was the Arab Spring; in 2012, governments in the Middle East pushed back. In some cases, the focus was on obscenity laws tightening, but on the whole, the region’s governments attempted to increase their capacity to censor the Internet overall.

The U.S. and Western Europe, however, will have none of that, and have stood firmly on the side of Internet freedom—as long as you’re just bitching about the government or God. Interfere with commerce, however, and—well, you’re not really in trouble yet, but you will be if these institutions have their druthers. The people have retaliated with hacktivism and the Pirate Party (which is in fact a political force in Europe). Attempts to curtail Internet freedom to protect copyright and security were met a shocking degree of widespread and vociferous resistance. The hew and cry was so large, you’d have thought someone mentioned cutting social security.

To me, however, the most interesting element in politics online is the ideas coming out of growing/wannabe democracies, such as Russia. In the “Cloud Democracy” movement, there are dozens of radical new ideas that have the potential to transform democracy more than it has been in 60 years.

The thing that has characterized the Internet most in 2012, I’d say, is also the one that has the potential to change the world the very most. It is the Web’s ability to bring individuals together, to help one other. The Internet community’s compassion and capacity for action knows no bounds. Whether it was redditors giving one family the perfect Christmas, or The Oatmeal-creator Mathew Inman’s various charity drives this year, the Internet revealed its generous and compassionate side time and again.

There was no better example of this than the campaign to help bus monitor Karen Klein. Earlier this year, a video of children taunting Klein until she cried went viral. In response, the Internet started a $5,000 campaign to send her on a great vacation. The campaign ended up raising more than $700,000 from more than 32,000 people, and Klein has now founded an anti-bullying charity.

The Internet can be awful. There are days it can make you lose your faith in humanity. But there are other days—days that inspire you to believe in the potential of people, in our collective good. Stories like Klein’s—stories of one person’s hurt, and someone else’s help—make me glad that the world didn’t end in 2012. With stories like these, who knows what we might be capable of in 2013.