Unwitting women find their photos on another creepy subreddit

For all the great things that Reddit can do for the world, there's still an excess of people who use the site for disturbing, invasive things, like crowdsourcing porn-star look-alikes of their classmates.

For all the great things that Reddit can do for the world, there’s still an excess of people who use the site for disturbing, invasive things, like crowdsourcing porn-star look-alikes of their classmates.

That is why the subreddit r/doppelbangher exists, and it is also why one redditor got taken straight to Karma Court for messing with the wrong friend from high school.

The whole situation went down on Monday, when the aforementioned redditor took to the skeevy community to post four pictures of a girl he knew from high school.

This time, however, the original poster got only a few hours into r/doppelbangher’s suggestion pool before a previously unheard-of redditor popped in to say, “She looks pretty identical to this girl! :)” 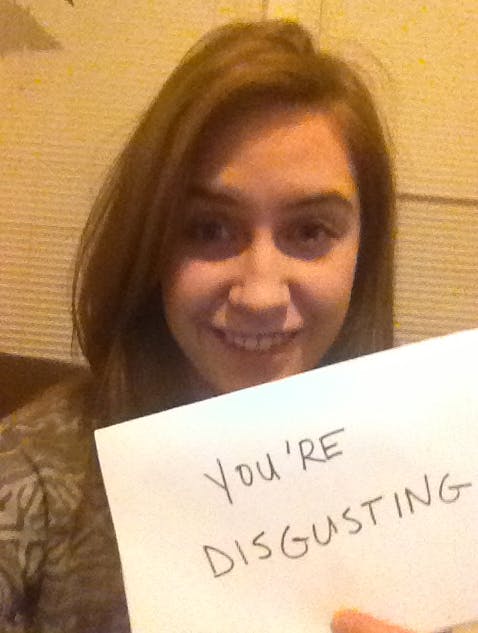 Caught red-handed—and with his pants down.

“This is pretty f**king amazing,” one fellow redditor wrote. “This sucks so much for the both of them, I love it.”

“Sounds like a case for r/KarmaCourt,” added another. The redditor deleted his name from the thread shortly thereafter.

News of the stakeout made it all the way to the top of greatest hits subreddit r/bestof, which has 2 million subscribers.

All of the hullabaloo surrounding the mixup wasn’t enough to distract some of the subreddit’s most devoted subscribers, however. As one fateful soul chimed in, the discussion had “seen a lot of discussion about this girl replying to this thread, but not a lot of dopplebanger (sp) suggestions. Focus, people!”