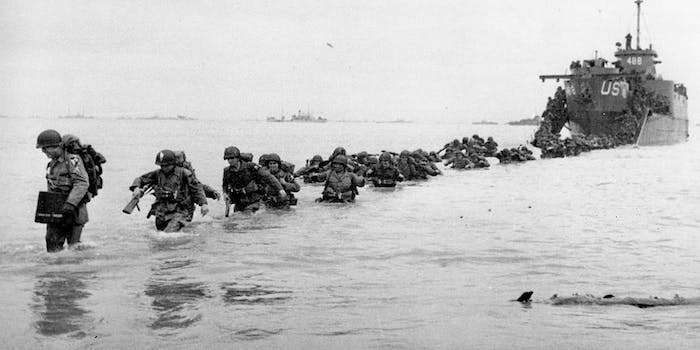 It's National Donut Day. It's also D-Day. Confused? Read on.

National Donut Day takes place every year on the first Friday of June. That is today. Also today is the 70th anniversary of D-Day, the day on which allied troops stormed Normandy Beach—the beginning of the end of the Nazi regime in Europe. This concurrence is causing some confusion.

What is a donut?

A donut is a yummy thing. It is fried dough, sometimes with a sugary glaze. Most Americans will be familiar with the Dunkin Donuts franchise, on which America runs, as well as Krispy Kreme. These chains provide their patrons with mass-produced sugar bombs. Dunkin Donuts also have a product called Munchkins. Munchkins are good for keeping third-graders entertained.

Increasingly, especially in coastal cities, we have seen the rise of “artisanal” donuts. Artisanal donuts are also fried dough with a sugary glaze, but they are more expensive because of… Brooklyn? Maybe. In any event, you should try one.

What is a Nazi?

A Nazi is someone who wants to eradicate Jews and other people.

D-Day was the day on which America finally got to invade France, which was a longtime American fantasy, though that was only really a byproduct of fighting Nazis. It just so happened that America was able to fight the Nazis in France, because the Nazis had invaded France, because who wouldn’t? France is lovely. French people are lovely.

Many American soldiers ended up marrying French women after they liberated them from the Nazis, bringing them back to 1950s America, which was, in its own way, not a particularly liberated place. However, French women who had fraternized with Nazis before the Americans (and like Canadians and other folks) came were often killed. Whoops!

Does the D in D-Day stand for Donut?

But there’s some confusion here. 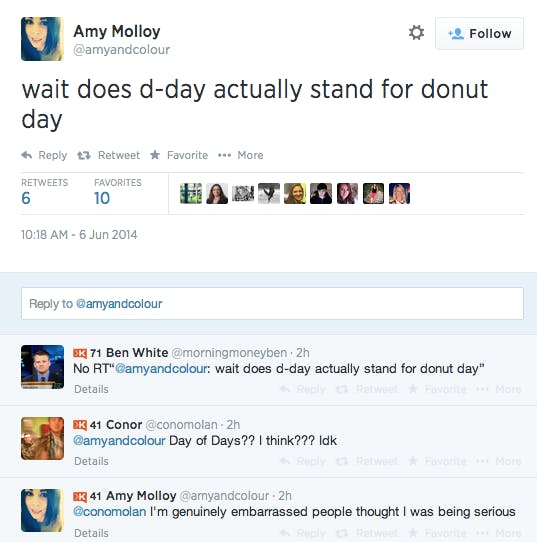 What does it stand for?

Sort of… nothing? “The terms D-day and H-hour are used for the day and hour on which a combat attack or operation is to be initiated,” says the U.S. Army Center of Military History. “The letters are derived from the words for which they stand.”

So “D-Day” means… Day Day. It’s the day that it all happens.

Why is D-Day on the same day as Donut Day?

It isn’t always! This is just a coincidence. It’ll happen again in a few years. June 6, you see, is not always the first Friday is June. This is a problem that people have been trying to solve for a long time. It has something to do with the Earth tilting on its axis, I think. I’m not really sure. Check Wikipedia if you really care.

Why is Donut Day a thing?

“National Doughnut Day is actually [actually!] a patriotic remembrance of the time in World War I when Salvation Army volunteers handed out doughnuts on the front lines to soldiers.” —SF Gate

Donut Day, according to Facebook’s Trending sidebar, is “another D-Day with patriotic roots.”