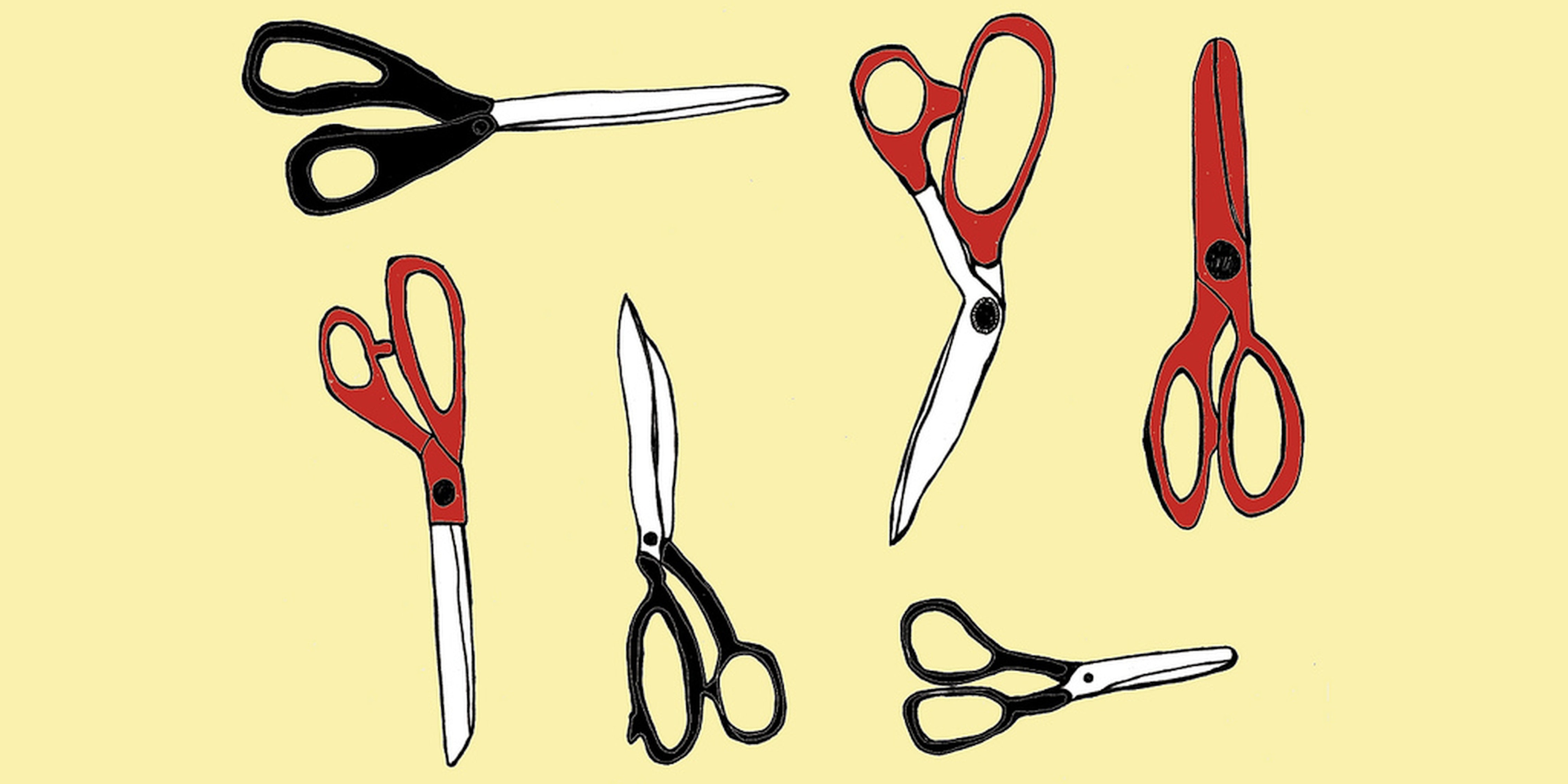 Ladies, don't try these at home.

Cosmo has decided to bravely venture into the world of lesbian sex advice. In a new pictorial, the infamous women’s magazine offers 28 tips their writers declare are “mind-blowing,” The article, complete with cutesy illustrations of lesbians with vaguely articulated features and somewhat bored looking expressions, offers advice for sex moves like the “Sultry Spoon,” “Kinky Jockey,” and, of course…scissoring. The tips honestly read like they were written by a straight man bringing his porno dreams to life for the pages of Cosmo, though a Cosmo moderator in the comments swears this sex advice was lesbian and bi reviewed and approved. 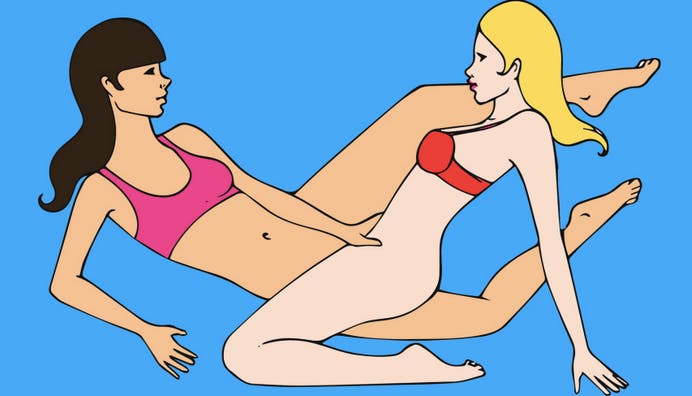 In other words, they’re mostly incredibly unimaginative and dull, reading like an abstract version of what lesbian sexuality might be like; this, of course, makes them utterly hilarious. It also raises the next important question: Who will be the first brave, courageous lesbian, queer, or bisexual woman to take one for the team in the name of science and test these tips out?

Because the best thing about Cosmo sex tips, by far, is the Internet’s response to them. Anna Pulley wrote what is hands-down one of the funniest articles on the subject ever for AlterNet, testing five of the magazine’s most ridiculous sex tips for readers, including the notorious doughnut trick. Since she’s dating a woman, she was forced to use a strap-on to improvise some of the tips, but the results were predictably outrageous.

The spirited women gave it a shot anyway, despite the challenges that lay ahead of them, and the results were horrific: Brown glaze smeared everywhere, and the discovery that it is, in fact, quite difficult to eat a doughnut while performing a blow job. The procedure took much longer than necessary, and one wonders about comfort and enjoyment levels for penis owners during the doughnut move. (Amanda Hess has suggested that the tip may have originated in performance art designed to make fun of the magazine’s ridiculous sex tips, and Marty Beckerman, testing some tips for himself, said that many of them read as though staffers gazed around the office, found random objects, and said: “Put it on a dick.”)

Pulley also tried putting pepper under her partner’s nose, stabbing her partner with a fork (the results of this one were unsurprising), and feeding her partner ice cream in the dark (spoiler: doing this results in ice cream everywhere). She also tried to use her girlfriend’s earlobes as handles during sex, with the following entertaining outcome:

There’s nothing particularly gripping about the earlobe—it’s a quarter-inch of cartilage, after all, not a climbing wall. And, though it’s possible this tip would work better if your arms were longer or you were into ear masochism generally, I found my girlfriend’s earlobes to be just out of reach, causing me to have to hunch forward in a sad parenthesis while riding her. Also, rocking at anything more than a gentle grind caused my fingers to slip off and her to complain of mild, yet annoying pain.

Jezebel reader Nymphodora Tonks (obviously a pseudonym) also bravely volunteered to test some Cosmo sex tips for the good of humanity, with equally hilarious results (except for the accidental nipple whipping, which clearly wasn’t very entertaining for her). One begins to wonder if in fact the magazine is just inventing increasingly ridiculous sex advice in the interest of seeing who will actually try it out and what the results will be—one imagines Cosmo interns gathering around their monitors to read articles written by the poor innocent people who actually tried their horrific sex advice.

The Internet has proved its mettle when it comes to giving Cosmo’s hetero sex advice a trial run and sharing the results with the public, but how about these 28 sex tips, most of which seem to involve encouraging women to grind against each other and/or play with their nipples? (You can see why this advice carries a whiff of having been written by a straight man imagining what lesbians do all night.)

Given the absurdity of its straight sex tips (hey, it’s rough coming up with new ways to rub two heterosexual bodies together when you come out monthly and are a vanilla publication), it’s not surprising that its lesbian sex tips are falling out along similar lines. Even as the editors say that they’re excited to be branching out into a more inclusive array of options for readers, these tips honestly don’t feel very inclusive, because they read more like straight fantasies than actual lesbian sexuality.

While women absolutely do make out and have sex exactly as depicted in these tips, there’s nothing really novel about them, and they don’t dig deeper into female sexuality and the things women can do together that heterosexuals can’t. Indeed, many of these positions are simply adaptations of popular heterosexual sex tips, right down to the basic missionary position. Furthermore, none of these tips, of course, discuss sexuality with trans women (pre- or post-transition), disabled women, fat women, or women who might want or need other adaptations and accommodations.

Personally, I’m dying to know about how long will it take for Cosmo to integrate food into its queer sex suggestions. The magazine’s staff seems to have an almost unhealthy obsession with smearing people with food, telling people to hold food in their mouths while going down on each other, and hitting each other with food, so one can only imagine the brave new world of lesbian culinary possibilities (spitting pomegranate seeds on nipples! Rubbing each other with pears!).

And where will Cosmo go next, once it has conquered the landscape of queer sexuality? Are we to be treated to sex tips for urban chickens? Advice for hot eukaryotic cell replication? The possibilities are endless.