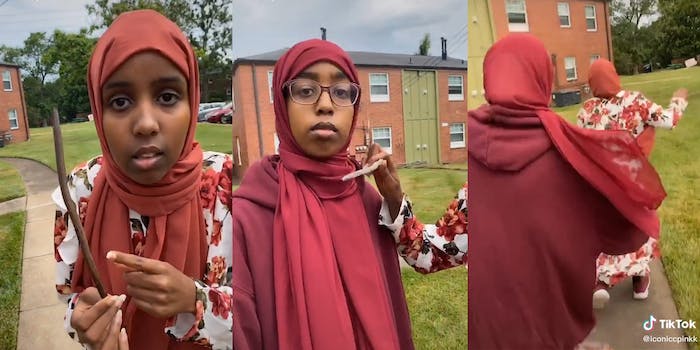 The Don’t Leave Me challenge is the ideal comedy exercise.

On TikTok, the challenge hashtag has more than 930 million views, and “don’t leave me” has more than 2 billion. If you scroll through, you’ll see hundreds of videos devoted to celebrating puns. But you might also be wondering where its very specific format originated.

What is the Don’t Leave Me challenge?

The challenge typically works best with a group, and involves participants using wordplay or puns, then running away, often followed by someone saying, “Don’t leave me. Take me with you,” or some variation.

In some of the more popular videos, you can see how well-executed the format is. In this TikTok, user @iconiccpinkk and friends energetically convey “lipstick” and “Face Time.”

Elsewhere, she did a “super low energy” one after commenters said they were too energetic. It’s even funnier.

Kids have participated in the challenge too. Here we get inventive recreations of “Facebook” and “butterfly.”

Where did the Don’t Leave Me challenge originate?

According to BuzzFeed, Nigerian comedian Josh Alfred is the source of the challenge. He posted a video to Instagram in March, in which he made a play on words involving leaves, but his cameraman, Bello Khabir, allegedly christened the challenge, possibly with his own pun.

“I think it was the way my hype-man Bello said ‘don’t leave me,’ is what made it funny and catchy for people,” Alfred told BuzzFeed.

He told CNN that though he’s been doing funny videos since 2018, he tried to switch things up more recently: “I decided to add some more fun to my skits with puns. I didn’t want people to get tired so I tried to be dynamic and added stronger words.” He’s also putting out a song in July inspired by the challenge.

The spread of the Don’t Leave Me challenge

Though the challenge blew up on TikTok in June, it’s also on Instagram and Twitter. On the latter platform, it’s more text-based.