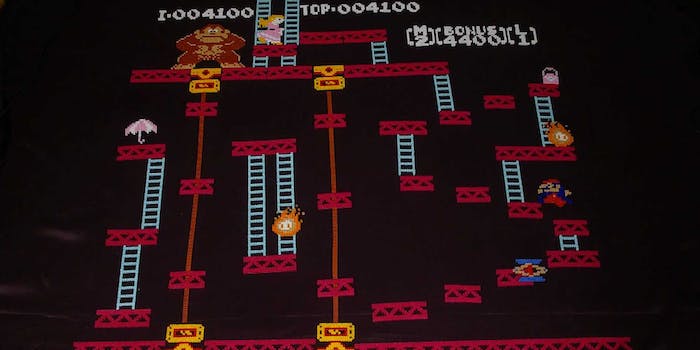 Guiz de Pessemier's Donkey Kong cartridge was busted, so he found a better way to play.

Montreal-based YouTuber Guiz de Pessemier is a lover of older video games. He has plenty of Nintendo Entertainment System (NES) games on his shelf, he makes parodies, pixel art, and stop motion with a nod to those games, and his channel’s introduction video is an homage to Dexter with 8-bit music.

But his attempt to play Donkey Kong didn’t go as planned: The game wouldn’t start when he turned on the 30-year-old console, and even the common solutions of blowing and cleaning the game carts didn’t work.

Day ruined, right? Not so fast…

Pessemier had already created ironed beaded versions of Mario, Peach, and Donkey Kong, so the logical step was to create a real-life version of the game for his own amusement.

Only three rounds long, the stop-motion version of Donkey Kong uses the same music as the original, and a few of the same stages, complete with an updating score, barrels, fireballs, and the props Mario can grab for extra points.

Donkey Kong doesn’t grab the Princess and carry her up the ladder after each stage, but with this amount of detail put into the game, does it really matter?

We know how it ends, but we can’t stop watching.