It has a large blonde head, but also something else.

A growing number of scientists have expressed alarm about the incoming administration and its stance toward the environment.

And while many have been quite vocal in their opinion of President-elect Donald Trump, others are fighting back in subtler ways.

Vazrick Nazari found a new species of moth in California recently, and as it goes with most scientific discoveries, he had the right to name it.

Nazari published his findings recently in ZooKeys and announced he was naming the moth after the 45th president of the United States.

It’s often normal for presidents to get newly discovered species named after them (Obama got a fish and a bird and a dinosaur), but this moth had another thing going on to earn the name Neopalpa donaldtrumpi.

“The specific epithet is selected because of the resemblance of the scales on the frons (head) of the moth to Mr. Trump’s hairstyle,” he told the Washington Post.

Take a look at this guy. 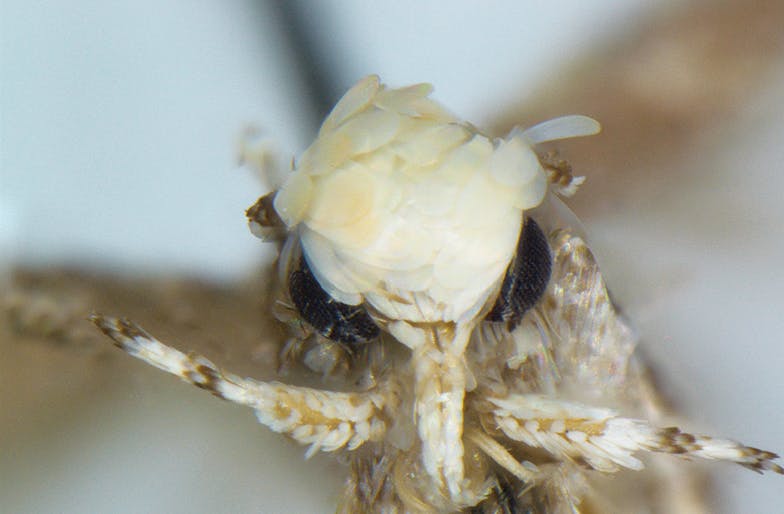 Looks a little more Alec Baldwin playing a moth playing Trump than Trump himself, but Nazari said he hoped the incoming president took the nomenclature with good humor.

“I hope he takes it with the good spirit as it is intended. We need the next administration to continue protecting vulnerable and fragile habitats across the United States.”

Then again… people were quick to jump on something else about the moth that may not sit very well with the president-elect.

Neopalpa donaldtrumpi has “comparatively smaller genitalia” than its closest relative.

People had a field day with that.

The Trump moth: Flies in circles when confused; identifiable by its golden hair and 'comparatively small' genitalia. https://t.co/34ErADaWDV

It also has 'comparatively small genitalia' and an orangey-yellow face. This is what science is all about! 😂 https://t.co/HvsycImoxL