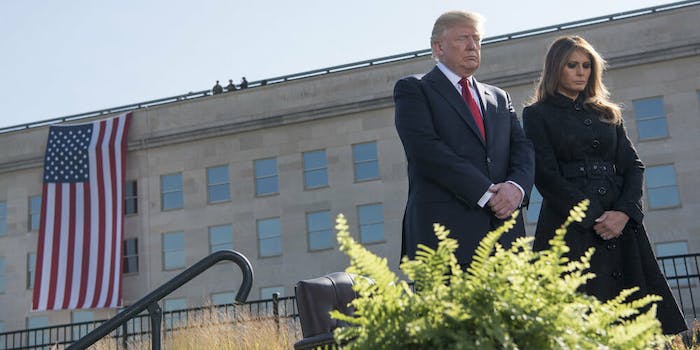 Did Donald Trump misspell his own wife’s name in a tweet? (Yes, he did)

President Donald Trump took to Twitter on Saturday afternoon to inform his followers that his wife and first lady Melania Trump had returned to the White House following her kidney surgery.

Trump probably had the best intentions when he shared the news on Twitter, but in typical Trump fashion, he somehow managed to misspell even his wife’s name. “Great to have our incredible First lady back home in the White House,” he wrote. “Melanie is feeling and doing really well. Thank you for all of your prayers and best wishes!”

Wait a second. Who the hell is “Melanie”?

The president quickly deleted the tweet and replaced it with one in which he properly spelled the name of his lawfully wedded wife of 13 years.

Trump is no stranger to spelling gaffes on Twitter. After all, he did effectively create a cottage industry out of household objects branded with the word “covfefe” from his inability to type the word “coverage.”

You’d think a guy who spends nearly every waking moment on Twitter would have stronger spell checking skills. Not very “stable genius” of him.