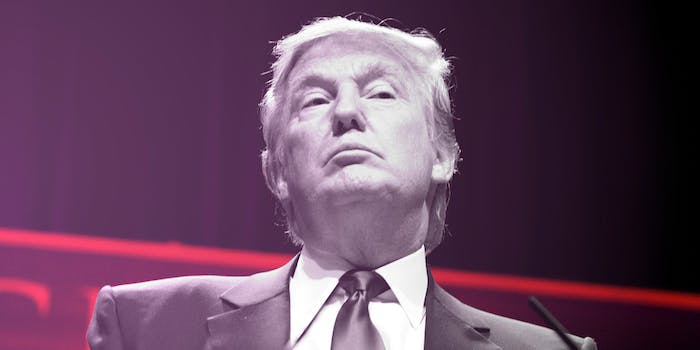 Carly Fiorina and Megyn Kelly owe Trump a debt of gratitude—and so do the rest of us.

Donald Trump is terrible for women, and he’s terrible for the Republican Party, so says the conventional wisdom. Lost in such an analysis is that two women—brilliant and badass—have seen their stars rise in the wake of peak Trump-ism and emerged the victors in the latest Donald Trump Show: the first GOP presidential primary debate.

Carly Fiorina, the first female CEO of a Fortune 20 company and the sole woman in the 17 candidate GOP field, catapulted from the JV team to the majors, and is now competitive with top players Jeb Bush, Marco Rubio, and Scott Walker, according to recent national and early state polls.

Megyn Kelly, long a ratings powerhouse on Fox News, expanded her audience (and along with it her fan club), when she took on Trump during a debate that drew the highest ratings of any primary debate in history. Her show The Kelly File drew the highest ratings in cable news amid the post-debate controversy over Trump’s criticism of Kelly’s debate questioning.

That’s welcome news for the careers of Fiorina and Kelly, and it’s the silver lining for conservatives aghast at Trump’s candidacy and frontrunner status. Most importantly, though, it’s actually great for women.

Despite a plethora of powerhouse women in their ranks from Condoleezza Rice to Gov. Nikki Haley (R-SC), the stereotype of Republican women is more Sarah Palin than Margaret Thatcher, a perception coastal elites in the media perpetuate. Whatever you think of Sarah Palin, her vice presidential candidacy may have been an opportunity to demonstrate to the next generation of women leaders that leadership is in their grasp but instead became a cautionary tale for women of all political stripes. (Thank you, Tina Fey.)

Women better prepared for the limelight than Palin subconsciously fear the Palin Effect. The media’s silent litmus test grades on education level, societal status, cultural attunement, and wealth. It takes women who pass that test, like Fiorina (who received her BA from Stanford, her MBA from Maryland, and her MS from MIT) and Kelly (who was a lawyer before she became a journalist) to be accepted to the club—and have the opportunity to model an effective way to compete in the rough and tumble world of politics and political journalism. Be over-qualified, over-prepared, always assertive, see being a woman as an asset—but succeed on your own merits.

In America, we tell our daughters that girls can be anything they want to be, including the President of the United States. When a woman runs, it makes that statement a little less whimsical. For those who look at Hillary Clinton and can’t imagine voting for her because they don’t share her views on key issues or, like a majority of the electorate, find her untrustworthy, or both, the enthusiasm for electing the first woman president dims.

The aspiration that women can break “the highest glass ceiling” should not hinge on one woman. Today, with female players from both parties, and an underdog who also happened to work her way up from being a real estate firm secretary to CEO of a major tech company, the promise made to our girls seems more plausible than ever.

Are Trump’s comments about women sexist? Yes, astonishingly so. It’s not shocking that a prominent man could think that way (his regressive ideas about women are not uncommon), but many are aghast that anyone would dare to utter such comments on a public stage in 1915, let alone 2015. Trump’s insults set up a public reaction from the women he attacked, modeling how to address Trump-like criticisms in their own lives—in the (ideally) increasingly rare situations that call for it.

Trump insinuated that Kelly was cruel and unprofessional for asking pointed debate questions, including an query about Trump’s history of calling women fat pigs and dogs, among other names. He said about the debate, “You could see there was blood coming out of [Kelly’s] eyes, blood coming out of her… wherever.” Even if Trump didn’t mean female menstruation, as he claims, Trump didn’t like feeling that he was KO’d by a woman in the debate and lashed out.

When Fiorina became the post-debate triumph story, and then affirmed that Trump’s comments about Kelly were insulting, Trump turned his sights on Fiorina, saying her that listening to her talk gives him a headache. The more Trump goes on the offensive, the less each individual comment matters. What matters for women is that Fiorina and Kelly are demonstrating exemplary leadership in their response: defending themselves with dignity and decorum, while skillfully averting an impending brawl.

Contrast Donald Trump’s habit of deciding who is a loser and who is a winner (him, of course) with Carly Fiorina’s message that every human has infinite potential and deserves the opportunity to unlock it. Which will prevail? Which is the message of a president who will work to rise all boats?

The continued rise of Fiorina and Kelly offers an important counterforce to Trump, as well as a net positive for the future of women in America as they assess their political choices and look for inspiration to inject their voice into the process. When the 2016 race shakes out, Trump’s reputation will have soured and his star will have faded. Carly Fiorina and Megyn Kelly will owe him a debt of gratitude as theirs continue to rise.

Mindy Finn works at the intersection of media, politics, and tech. Finn is the Founder of Empowered Women and has the unique distinction of having worked both for President Bush and for Twitter. She believes in you.